Last week, Palestinian Media Watch released a video-bulletin showing a Palestinian Authority children’s TV broadcast of a hate-poem. A young Palestinian girl recited a poem referring to Jews as “Allah’s enemies, the sons of pigs” who “murdered children,” “cut off their limbs,” “raped the women in the city squares” and “defiled Allah’s book.” The host responded with enthusiastic applause and “Bravo!” 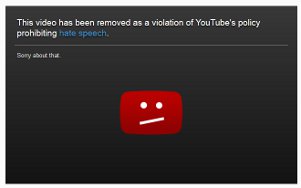 In the past, YouTube has closed PMW’s account or frozen PMW’s account for exposing PA religious leaders promoting genocide of Jews. This is the first time YouTube has defined a broadcast on PA children’s TV as hate speech, and blocked PMW from exposing it.

PMW does not promote hate speech, but exposes it. PMW believes that the only way to stop the Palestinian Authority’s ongoing Islam-based hate speech and terror glorification is to expose it. By preventing PMW from exposing PA hatred, YouTube is actively impeding our ability to fight the PA’s hate promotion. 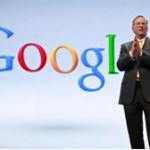 For now, we have uploaded the children’s TV video to a different server and it can now be viewed here.

The following was the original bulletin last week:

Jews – “Allah’s enemies, the sons of pigs” “murdered children,” “cut off their limbs,” “raped the women in the city squares” and “defiled Allah’s book”

Recently, Palestinian children were taught Islam-based hatred of Jews on the weekly PA TV children’s show The Best Home. A young girl recited a poem filled with both Islamic hate messages and other libels demonizing Jews. The poem taught Palestinian children that Jews, “Allah’s enemies, the sons of pigs,” defiled the Quran and Jerusalem, both crimes against Islam, and “murdered children,” “cut off their limbs,” and “raped the women in the city squares.” Palestinian Media Watch has documented that this weekly PA TV children’s program teaches hatred and denial of Israel’s existence.

The suggested response to Jews and Zionists offered in this hate poem is military and Islamic:

“Where is the nation of Islam?

Where are the nation of Islam and the Jihad fighters?”

At the end of the recital of the hate poem, the young program host applauded enthusiastically and said:

The poem also included a tribute to Mahmoud Abbas’ Fatah organization and Arafat:

“From between the whistles of the bullets I sing:

‘Long live the nation of Fatah and Yasser Arafat.'”

This Islam-based hatred that in the past was associated exclusively with Hamas is now appearing in mainstream PA children’s education as well.

The following is the text of the hate poem recited by a young girl on PA TV’s children’s program:

Girl: “Allah created me and formed meHe made me prouder and made me a Palestinian

He made defiance flow like blood in my veins

And I made the revolution burst forth like clay stones

I raised the flags of certain victory:

Allah’s book [the Quran] and the tradition of the most esteemed among prophets [Muhammad].

I called in the voice of hidden justice

I lit a fire like volcanoes under their feet

I refused to be submissive and degraded

From a nation that has forgotten the Muslims’ heroism

from between the whistles of the bullets I sing:

‘Long live the nation of Fatah and Yasser Arafat’

Destroyed and uprooted the olive and fig trees

They cut off their limbs with stones and knives

They raped the women in the city squares

They defiled Allah’s book [the Quran] in front of millions

Where is the nation of Islam?

Where are the nation of Islam and the Jihad fighters?

Where is the fear of Allah in Jerusalem, which has been defiled by the Zionists?”

PMW has documented the PA’s promotion of Antisemitic messages.

PMW has documented the PA’s promotion of libels and lies about Jews and Israelis.

Is a luxurious bus stop worth $1 million? Commuters boarding buses at the newly constructed stop in Arlington County, Virginia,...