U.S. Secretary of State John Kerry will offer Turkey to play a role in the peace process between Israel and the Palestinian Authority, the Turkish daily Hurriyet reported on Saturday. 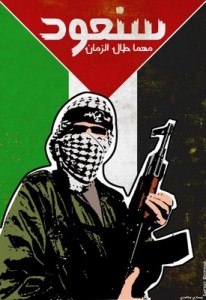 The report said that Kerry plans to make this offer during his visit to Turkey on Sunday and that the offer will be made because of Turkey’s influence with Hamas.

Kerry will hold meetings with Turkish Prime Minister Recep Tayyip Erdogan and Foreign Minister Ahmet Davutoglu on Sunday, prior to meetings with Israeli and PA officials next week.

According to the Hurriyet, the core of the Istanbul talks is expected to focus on restoring bilateral Turkish-Israeli relations and how Turkey could do more to contribute to the Middle East peace process.

A few days after Kerry’s visit to Turkey and Israel, delegations from the two countries will meet in Ankara to sort out the issue of compensation for the victims of the Mavi Marmara raid, the report noted.

Kerry is expected to continue to proffer advice to both sides to carry out what they have started after Israel’s apology to Turkey, with the ultimate purpose of normalizing ties within a certain time frame.

As for Turkey’s role in the Israeli-PA peace process, the report said, Turkey has been continuously advised to pursue a more balanced policy between the key actors of the process, especially Hamas.

“Turkey cannot play a global role in the Middle East peace process if it chooses to visit only Gaza and meet Hamas,” a diplomatic source told the Hurriyet, adding that it was up to Turkey and its leadership to play a constructive role by keeping a well-balanced policy between Hamas and Fatah, as well as Israel.

Expectations are growing that the U.S. administration is ready to resume some kind of shuttle diplomacy to rekindle the peace process, which has stalled since 2010.

Kerry accompanied U.S. President Barack Obama on his first official visit to the region several weeks ago and, after Obama left the region, Kerry stayed behind and met PA Chairman Mahmoud Abbas in Amman. He then travelled to Jerusalem for talks with Prime Minister Binyamin Netanyahu.

After Kerry’s last visit, PA officials said that he had begun to push for a resumption of peace talks between Israel and the PA.

Unconfirmed reports following that visit indicated that Kerry is planning on offering Israel and the PA an outline which would see Israel releasing terrorists from its prisons and transferring areas from Area B, which is under joint PA-Israeli control under the Oslo Accords, to Area A which is under full PA control.

Kerry’s outline would have the PA undertaking a return to the negotiating table and promising not to file lawsuits against Israel with the International Criminal Court.

Abbas has continuously imposed preconditions on peace talks and has demanded that Israel freeze Jewish construction in Judea, Samaria, and eastern Jerusalem. When Israel froze construction for a ten-month period in 2010, however, he refused to come to the table.

His latest precondition, as his aide said on Friday, is that Netanyahu present a map for a future Palestinian state before any peace talks can resume.

(CNSNews.com) – Figures released by the Bureau of Labor Statistics (BLS) on Friday show that 315,000 women dropped out of...