Would you help Al Qaeda fighters attempt take over a chemical weapons plant? 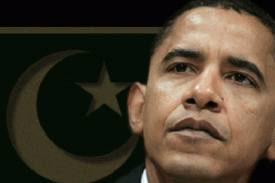 President Barack Obama and Secretary of State John Kerry  just did. Fortunately, the armed insurgents were stopped just a mile from the compound after vicious fighting.

It would have been unthinkable in the months and years after Sept. 11 that our leadership in Washington would be actively helping al Qaeda and other radical Islamic fighting forces secure oil fields in Syria, conquer chemical weapons plants and eventually the country.

But that’s exactly what we are doing. The New York Times couldn’t have been plainer this weekend about exactly whom we are helping in Syria.

“Nowhere in rebel-controlled Syria is there a secular fighting force to speak of,” the paper reported. It went on to explain that the so-called rebels or freedom fighters seeking to overthrow the brutal but secular Assad regime are all radical Islamists. All of them. These would be the same rebels we’re giving hundreds of millions of dollars in nonmilitary aid to.

The lead group, Al Nusra Front, is considered a terrorist group by the US and is directly affiliated with al Qaeda, to whose leaders it has pledged loyalty. The rest are radical Islamists of various stripes who have pushed aside secular fighting forces. They have already seized the government’s oil fields. They are beginning to repress wary secular activists with Islamic courts. And had they gotten control of the chemical weapons compound this weekend, there’s no telling what horrors they could visit upon the Syrian people — or upon us.

This desperate situation called for the kind of adult intervention the U.S. no longer provides, and thankfully Israel stepped up to the plate. Israeli jets breached Syria’s airspace at around 6 a.m Saturday, flew over Assad’s palace in Damascus,  bypassed other government security facilities and struck the chemical weapons compound.

The message was clear. Israel could have just as easily struck Syrian military and government installations, but it didn’t. It could have helped the Islamist rebels decimate the Syrian army, but it didn’t. Instead it destroyed the chemical weapons compound to keep those weapons out of the hands of the radical Syrian Islamist rebels to whom the US is sending hundreds of millions of dollars of nonmilitary aid.

Israel, like the US, has repeatedly condemned the brutal Assad regime that the Syrian rebels are fighting and denounced the regime’s alleged use of chemical weapons against its people. But decades of dealing with Islamic brutality have made Israel realistic. It understands what Washington refuses to. Allowing and assisting a radical Islamic takeover of Syria will imperil the people of Syria — and Americans and Israelis as well. It cannot be allowed to happen, no matter how bloody the Assad regime may be.

Meanwhile, US leaders like Obama and Senators John McCain and Lindsey Graham continued to push for an overthrow of the Assad regime with increasing US assistance to the rebels.  Sen. John McCain wants to arm the rebels despite their direct affiliation with Al Qaeda. Sen. Graham wants to takes things a step further by bombing the Assad regime into submission … to al Qaeda apparently.

Sen. Claire McCaskill over the weekend even floated the idea of putting American boots on the ground to assist the “rebels.”  Exactly who are these people we would arm and assist? Again, the New York Times couldn’t have been clearer.

“Among the most extreme groups is the notorious Al Nusra Front, the al Qaeda-aligned force declared a terrorist organization by the United States,” the paper reported, “but other groups share aspects of its Islamist ideology in varying degrees.”

Israel Today explained it this way:

Many of the groups making up the Syrian rebel forces are either affiliated with or part of organizations like Al Qaeda and the Muslim Brotherhood. The kinds of groups Israel will do almost anything to prevent from possessing weapons of mass destruction.

Had Israel not intervened in the fighting between the Syrian army and the rebels, al Qaeda may well have gained a chemical weapons manufacturing base this weekend while US leaders sat back, twiddled their thumbs and considered even more assistance to rebel Islamists whose affiliates would think nothing of eventually using those weapons in Times Square.

Someone should ask Washington’s leaders exactly what US troops or firepower would have accomplished on the ground in Syria this weekend. Would we have helped a designated terror group battle the Syrian government for control of that chemical weapons base? Or perhaps they would have assisted the terror group Al Nusra Front in maintaining control of Syria’s oil fields, which will make a fine source of terror funding in the future. Or maybe they could have helped the Islamic courts set up by these groups to enforce Sharia law, including lashings, on the secular population,

The situation in Syria isn’t as simple as the media or our leaders have painted it. This isn’t about helping a band of democracy loving rebels who just want freedom fight a government that has repressed them. It is about whether we want to put the same Islamic fighters US troops battled in Iraq in charge of Syria. There are adult decisions to be made here, and no one in Washington seems capable of making them.

By Tara Servatius hosts the morning show on Charleston’s 1250 AM WTMA. E-mail her at [email protected] . Follow Servatius on Facebook at facebook.com/TaraServatiusOnline and on Twitter at @TaraServatius.

A source within Iran's Revolutionary Guard intelligence unit says President Mahmoud Ahmadinejad has been arrested by forces within his own...