Last month, Pentagon officials met with an activist committed to removing Christianity from the U.S. military. 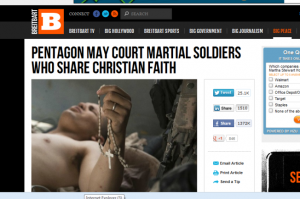 Michael “Mikey” Weinstein, the head of the Military Religious Freedom Foundation, has called the practice of Christians in the service sharing their faith “spiritual rape.” He has also led efforts to remove Bibles from lodging affiliated with the U.S. Air Force Academy and successfully pursued a policy that forbids guests from bringing Bibles to patients at the Walter Reed Army Medical Center.

Now Weinstein’s wants the Pentagon to vigorously enforce an existing policy against proselytizing in the military. The Pentagon’s responded by issuing this written statement:

“Religious proselytization is not permitted within the Department of Defense,” the Pentagon statement read in part. “Court-martials and non-judicial punishments are decided on a case-by-case basis.”

A firestorm then erupted amid fears of court-martials for service members who share their Christian faith, and the Pentagon was forced to backtrack in an effort to quiet the protests.

“Service members can share their faith (evangelize), but must not force unwanted, intrusive attempts to convert others of any faith or no faith to one’s beliefs (proselytization),” Pentagon spokesman Lt. Cmdr. Nate Christensen said in a written statement.

Activists like Weinstein argue any Christian witnessing should be off limits, while others say it should only mean service members cannot pressure or coerce others to convert.

Boykin said the FRC strongly agrees that there should be no coercion of anyone to convert to any faith, but he believes there are critical questions still unanswered and he’s seeking a meeting of his own with Pentagon officials.

“If they will tell us that and give us the assurance that living their faith and sharing their faith is a protected right then we’ll be satisfied,” said Boykin. 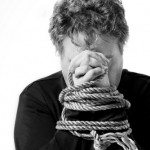 The general said the concern over an erosion on religious freedom in the military is legitimate because “open hostility” against Christians is well documented and getting worse in the Armed Forces.

Boykin claimed “the administration would be very happy” if the vestiges of Christianity” were removed from the military.

One of Boykin’s greatest disappointments is the absence of high-ranking military officers willing to stand up for their forces and their rights.

If the pattern of religious hostility persists, Boykin says young people and their families will simply decide military service is not worth the assault on their values.

“They will see this as an anti-Christian environment and they will see it as a suppression of the faith of their sons and daughters,” said Boykin.

Talk about the pothead calling the kettle black. … President Obama, in possibly the most solipsistic action by an executive...