A week of disturbances in Sweden’s capital has tested the Scandinavian nation’s reputation for tolerance. 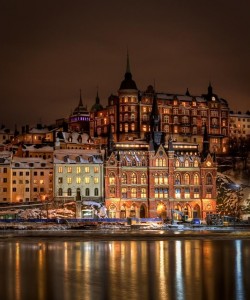 Like the millions of other ordinary Swedes whom he now sees himself as one of, Mohammed Abbas fears his dream society is now under threat. When he first arrived in Stockholm as refugee from Iran in 1994, the vast Husby council estate where he settled was a mixture of locals and foreigners, a melting pot for what was supposed to be a harmonious, multi-racial paradise.

Two decades on, though, “white flight” has left only one in five of Husby’s flats occupied by ethnic Swedes, and many of their immigrant replacements do not seem to share his view that a new life in Sweden is a dream come true. Last week, the neighbourhood erupted into rioting, sparking some of the fiercest urban unrest that Sweden has seen in decades, and a new debate about the success of racial integration.

“In the old days, the neighbourhood was more Swedish and life felt like a dream, but now there are just too many foreigners, and a new generation that has grown up here with just their own culture,” he said, gesturing towards the hooded youths milling around in Husby’s pedestrianised shopping precinct.

“Also, in Sweden you cannot hit your children to discipline them, and this is a problem for foreign parents. The kids can feel they can cause whatever trouble they want, and the police don’t even arrest any of them most of the time.”

This weekend, after six consecutive nights of rioting, Mr Mohammed was not the only one questioning the Swedish social model’s preference for the carrot over the stick. Many Swedes were left asking why a country that prides itself on a generous welfare state, liberal social attitudes and a welcoming attitude towards immigrants should ever have race riots in the first place.

The disturbances erupted in Husby last weekend, after police shot dead an elderly man brandishing a machete inside his house. Angered at what they saw as police heavyhandedness, youths torched cars and buildings and stoned police and firefighters. Police were then forced to draft in extra manpower from outside Stockholm as the trouble spread to other immigrant-dominated suburbs of the capital and towns such as Orebro in central Sweden, where 25 masked youths set fire to a school on Friday night.

Up too in smoke has gone the notion that egalitarian Sweden, which has largely avoided the global recession, might be immune from the social problems blighting less affluent parts of Europe.

Sweden’s centre-right prime minister, Frederik Reinfeldt, blamed “hooligans” but also talked sympathatically of the difficult “transition period between different cultures”. Meanwhile politicians from the Swedish Left, which ruled the country for most of the post-war period, blamed the trouble on social spending cuts introduced by Mr Reinfeldt, whose Moderate Party vowed to trim – though not slash – the welfare budget when he took office in 2006.

But amid the soulsearching last week, perhaps the most telling comment was the one from Kjell Lindgren, the spokesman for Stockholm Police. “We don’t know why they are doing this,” he said, when asked for a cause for the riots. “There is no answer to it.”

Certainly, wandering around Husby last week, it was hard at first glance to see quite what the problem was. Built in the 1970s as part of the “Million Programme” that aimed to give affordable housing for all Swedes, the estate is one of dozens on Stockholm’s outskirts that now house mainly immigrant populations, including large numbers from Somalia, Eritrea, Afghanistan and Iraq.

However, comparisons to the Paris “banlieus”, or indeed riot-hit Tottenham or Salford, are limited. Between the rows of clean-looking housing blocks are well-tended flowerbeds and neatly- kept public gardens, and in the shopping precinct, where an ornamental fountain still bubbles away, there are bars, shops, and a smart cafe-bakery that would not look too out of place in an IKEA catalogue. At eight per cent, Husby’s joblessness rate is three times the Swedish average, but only slightly higher than that in the UK.

Likewise, although the rioting has been large scale by Swedish standards, seen up close it has less of the ferocity of the 2011 disturbances in Britain. When The Sunday Telegraph visited Husby late on Wednesday night, the highlight was a hit-and-run arson attack on two parked cars. Police were hardly to be seen, and when they did arrive, it was purely to protect the firefighters dealing with the car blaze rather than make arrests.

Instead, teams of well-intentioned volunteers from local community groups and Islamic associations mingled with the crowds of excited onlookers, politely suggesting that they expressed their grievances peacefully.

Among a large group gathered on an overhead walkway was Mohammed Abdu, 27, whose family came to Sweden from Eritrea when he was aged three, and who now works as a security guard. While he condemned the violence as “hooliganism”, he claimed that many Husby residents still suffered from discrimination from the police and employers. Besides, he added, living in such a prosperous, advanced country offered no real satisfaction for those so conspicuously at the bottom of the heap.

“It’s true that the welfare system here is an example to the rest of the world, so if you fall here you do not fall all the way to the bottom,” he said. “But people don’t like being dependent on social welfare, and there is hidden racism.”

Not so, argued Yusuf Carlos, 32, a construction worker from Palestine. “It is just kids causing this trouble, that is why the police are not doing much about it,” he said. “Sweden is fair towards immigrants and it isn’t hard to find work, or not before these riots anyway. The problem is that the Swedish people are angry now. They don’t know why people here in Husby are doing this, only that they come from this neighbourhood.”

Certainly, claims of racism upset many Swedes, who have little colonial history, and whose decision to admit large numbers of Third World migrants from the 1980s onwards was born of no particular political obligation, more just a very Swedish sense of humanitarian duty to the wider world. From the very start, the government also sought to avoid creating a German-style “guest worker” class by promoting immigrants’ rights and introducing a plethora of programmes to promote racial integratkion.

Yet despite Swedish language education being offered free to all long-term immigrants, ghettos of foreigners have flourished in recent years. So too have Far Right parties challinging the political class’s long-standing pro-immigration consensus, who now command up to 10 per cent of the vote and may increase their share in next year’s elections.

“We have tried harder than any other European country to integrate, spending billions on a welfare system that is designed to help jobless immigrants and guarantee them a good quality of life,” said Marc Abramsson, leader of the National Democrats Party. “Yet we have areas where there are ethnic groups that just don’t identify with Swedish society. They see the police and even the fire brigade as part of the state, and they attack them. We have tried everything, anything, to improve things, but it hasn’t worked. It’s not about racism, it’s just that multi-culturalism doesn’t recognise how humans actually function.”

Aje Carlbom, a Swedish academic and author of a critical study into Swedish immigration policy, added that despite the increasing appeal of Far Right parties, mainstream Swedish politicians were still reluctant to even ask the kind of questions that the likes of Mr Abramsson was already offering answers to.

“Anyone who wants to regulate immigration is immediately classified as a nationalist, which also implies a racist as well,” he said. “It is still almost impossible to debate this question.”

Still, some of Husby’s younger generation argue that it is unreasonable of Swedes to expect them to be perennially “grateful” for taking 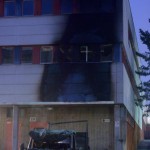 them in, even from the dire circumstances in their homelands.

Among them is local youth worker Rami al Khamisi, 25, whose family escaped to Sweden from Saddam Hussein’s Iraq back in 1994, smuggling themselves first through Turkey and Russia and then across the Baltic in a fishing boat commandeered by a people smuggler. “I was six years old and the boat was packed with about 60 people,” he said. “An old man died, and they threw him in the water because his body was smelling a lot.”

That, though, he says, is his only real memory of the hardships of his early life, and as such, he finds it hard to be as thankful as his parents still are to his adopted homeland. “They compare it to Baghdad or Somalia,” he said. “But we younger immigrants only really know Sweden, and we just compare our situation to the one around us.”

With Stockholm still burning this weekend, though, that may be asking for just a little too much understanding – even in compassionate, generous Sweden.

Enough is enough.. Westerners have the right and duty to expect that those who move to their countries respect basic...