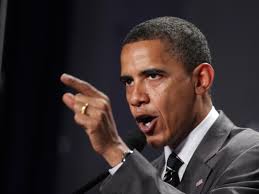 “In a government shutdown, Social Security checks still go out on time,” he said last week. “In an economic shutdown, if we don’t raise the debt ceiling, they don’t go out on time.”

President Obama is needlessly scaring seniors by suggesting that their Social Security benefit checks may not arrive on time if the U.S. runs out of borrowing authority at the debt limit. The 57 million Americans who receive Social Security benefits should know that their benefits will not be affected—unless President Obama and the Treasury deliberately choose not to pay them.

Boccia details three reasons why Social Security checks can still be paid even if the U.S. hits the debt ceiling.

Meanwhile, Congress is in gridlock confronting the real threat to seniors: Obamacare. For this entire segment of the population, Obamacare threatens:

And on top of all that, the future of Medicare is still in jeopardy. As Heritage expert Alyene Senger says, “Rather than implementing the structural reform desperately needed in Medicare, Obamacare’s provisions threaten current seniors’ ability to access care and leave Medicare in jeopardy for future generations.”

There is a real threat to our seniors’ personal health care decisions and their savings. Congress should act now to defund this unfair, unworkable, unaffordable law.

It’s now been seven days since Obamacare’s exchanges officially launched. In reality, however, the “launch” has more closely resembled a...