Writing in The Guardian’s Comment is Free, Australian anti-Israel journalist Anthony Loewenstein defends the boycott, divestment and sanctions (BDS) movement against charges of anti-Semitism, specifically in the context of a court case brought against an Australian academic.

BDS is a comprehensive, international strategy that seeks to present Israel as a pariah state analogous to Apartheid South Africa. Designed to isolate Israel politically, economically, militarily, academically and culturally, many of its member organizations aim to delegitimize the two-state solution and promote one state for both people, effectively replacing Israel with an Arab-majority state in all the territories of Israel, the West Bank and Gaza. BDS has become the central organizing principle around which almost all anti-Israel activity now revolves.

Loewenstein opens his piece by stating:

The boycott, divestment and sanctions (BDS) movement, a thriving Palestinian-led initiative that attacks institutional links to Israel’s illegal settlements, has been gaining in popularity.

For starters, to call the BDS movement as “thriving” would be to ignore the negligible success that it has had. If the aim of BDS is to negatively impact Israel’s economy, then it has failed miserably. If the aim of BDS is to turn Israel into a cultural pariah then the number of international music stars performing in the country would also indicate an abject failure. 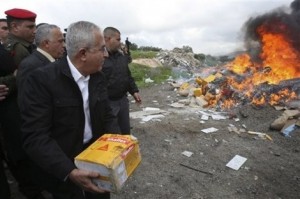 Loewenstein is being disingenous when he claims that BDS is an initiative that “attacks institutional links to Israel’s illegal settlements.” BDS, in fact, targets Israel and Israelis irrespective of location within or beyond the Green Line.

The rest of his article also contains a number of unsubstantiated claims and falsehoods.

Referring to Israeli academic Dan Avnon, whose case against discrimination is being heard in the Australian courts, Loewenstein mentions his involvement with the Metzila organization:

A look at Metzila’s website reveals an organization that in its own words, was founded:

to address the growing tendency among Israelis and Jews worldwide to question the legitimacy of Jewish nationalism and its compatibility with universal values. We believe that Zionism and a liberal worldview can and must coexist; that public discourse, research and education hold the key to the integration of Zionism, Jewish values and human rights in the Jewish state; and that the integration of these values is critical for the lasting welfare of Israel and the Jewish people worldwide.

This is hardly an organization that Loewenstein would want you to believe is an advocate of chauvinistic nationalism. And exactly what lands were “stolen by Israel”?

Israel does not object to Palestinians returning to areas that will be under Palestinian control. So these “stolen lands” he refers to must be areas inside Israel. These were not stolen. They were granted by the UN – but international standards don’t seem to apply when it comes to Israel.

In Loewenstein’s eyes any Jewish state, is by his own definition discriminatory against equal rights for Palestinians. Indeed, later in his article, Loewenstein reveals his support for a one-state solution:

Instead of moving towards a democratic state for all its citizens, Israeli prime minister Benjamin Netanyahu continues to demolish Palestinian homes and build illegal colonies on Palestinian land.

Why would Netanyahu be interested in moving towards the dissolution of Israel as a Jewish state?

Going back to Loewenstein’s claim that the “Palestinian right of return is a requirement in international law,” it is noteworthy that he is unable to back this up with a link to any credible legal source. That’s because there isn’t one. Instead, his source is an article from Al-Jazeera, hardly the embodiment of disinterested objectivity. The Al-Jazeera piece interviews Karma Nabulsi, a well-known anti-Israel activist, Oxford University lecturer and PLO representative, Susan Akram, a participant in the anti-Israel kangaroo court of the Russell Tribunal; and Ingrid Jaradat Gassner, the then Director of BADIL, an organization with a history of demonizing Israel.

Indeed, Loewenstein’s article is littered with hyperlinks to unsavory websites that demonize Israel, including Electronic Intifada, Mondoweiss and the Palestinian Campaign for the Academic and Cultural Boycott of Israel (PACBI).

According to Loewenstein, the BDS movement:

is growing due to a complete lack of faith in US-led peace talks. American journalist Max Blumenthal recently published a book, Goliath: Life and Loathing in Greater Israel, which shows in forensic detail the reality of the Israeli mainstream’s embrace blatant racism against Arabs and Africans.

Blumenthal’s book has received minimal attention for good reason. As Elder of Ziyon points out:

Blumenthal isn’t honest. He isn’t a journalist, but an Israel-hating ideologue who is willing to play fast and loose with the facts to get his point across.  He doesn’t want to expose problems so they can be solved, he wants everyone to hate Israel as much as he does. He doesn’t want to improve the Jewish state, but to destroy it.

Which is pretty much all that you need to know about this book.

And pretty much what you need to know about Anthony Loewenstein.

The Hidden Obamacare Taxes That Will Crush The Middle Class

Did you get your Health insurance increase yet in the mail, well that's only the beginning. Get ready to be...