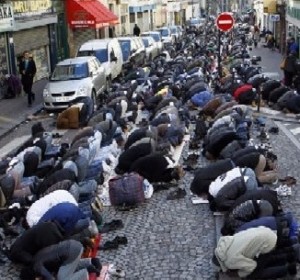 Sweden, as the only country to give Syrian refugees automatic residence, has struggled to house them and faces warnings of a coming surge in new arrivals. Josef Ariss and his mother Reina fled Aleppo in northern Syria three months ago when their family’s clothing factory was flattened by shelling. Although relieved to escape the violence, he is far from happy with the situation in Sweden — living in cramped conditions with relatives, like many of his countrymen.

Speaking at a crowded Syrian cultural centre in the outskirts of Stockholm as new arrivals streamed out of a Swedish language class, he added: “If you need help from the Migration Board to find a place they throw you in the north where it’s far below freezing. We can’t live there.”

Wearing a warm knitted jumper and a look of tired resignation, his mother Reina, 50, said she had expected something different.

“We came here with big hopes of starting over — of having our own place to stay,” she said.

Sweden has seen a sharp increase in Syrian refugees — about 8,000 have arrived since it threw the doors open in September, bringing the total number this year to more than 14,000 — of a total of 50,000 refugees. The Migration Board (Migrationsverket) offers everyone temporary accommodation in a growing network of refugee centres scattered around the country.

However, at least a third of newly arrived Syrians go straight to relatives and friends — mainly in the Stockholm area and Södertälje, located about an hour south of the capital, both of which have sizeable Syrian communities.

“It’s chaos with housing,” said Elizabet Toutoungi from the Syrian Association, a voluntary cultural organization. “The Migration Board helps with temporary refugee accommodation — but many who have gone there haven’t been able to stay because it’s too tough for big families and people with children. It’s like a hostel, and you can be there a long time.”

About 8,000 refugees with residence permits live in reception centres, currently having to wait an average of six months for permanent accommodation, according to migration authorities. The queue is expected to double next year with up to 69,000 more refugees, the highest level since the break-up of Yugoslavia in the early 1990s. In Södertälje, the situation has already passed crisis proportions, said Social Democratic mayor Boel Godner.

During the Iraq war, the town — with a population of 90,000 — took in more refugees than all of North America did, and is home today to 25,000 Middle Eastern Christians, many of whom belong to the Syrian Orthodox church.

“We’ve had at least 700 new families in the last year and they all live with relatives and friends — it’s often cramped with two or three families in an apartment meant for one,” said Godner. Although she supports Sweden’s liberal refugee policy, she wants to remove refugees’ right to choose where they stay when they arrive. With a further 2,000 Syrians expected in Södertälje next year, she is worried about the long-term consequences for a district with 14 percent unemployment — nearly double the national average.

“If we had the power to check we would say ‘no, it’s too crowded here’,” she said. “Children have it tough at school… learning Swedish when everyone around them speaks the same (foreign) language. And it’s hard to get jobs, which creates a lot of poverty and frustration. Many refugees would be better off if the whole country helped out — there are districts that have not accepted a single refugee.”

Sweden’s Migration Minister Tobias Billström said Sweden can handle the upturn and he ruled out curbing refugees’ freedom of movement, citing human rights accords. However he acknowledged that accommodation was a problem — noting that Sweden has a housing shortage regardless of its refugee intake.

“All municipalities have to show solidarity,” he told AFP, adding that the same applied to Europe. “We see problems with the fact that two countries — Sweden and Germany, which are not European Union border states — are accepting a disproportionate number of Syrians arriving in Europe.”

“You only need to turn on your TV or open a newspaper to see pictures of the bloody conflict in Syria,” he added, “and be reminded why everyone has to take their share of the responsibility.”

Billström has promised extra funding to Södertälje and other councils, but Godner said it will not be enough. The issue has provoked little mainstream debate, not even when the government announced plans to award residency to all Syrian refugees – with the exception of war criminals. Some analysts say the rise of the anti-immigration Sweden Democrats (SD) — at about 10 percent in recent opinion polls — is to blame and that Sweden is in denial about the potential impact of its generous migration policy.

“We have very high public support for a generous and liberal migration policy … but at the same time SD has polarized the debate – they are driving the other parties into a more hard-line (liberal) position,” said Adam Cwejman from the centre-right think tank Timbro.

“You’re either for or against. There’s no real debate about the long-term challenges in housing and employment,” he said. “But we need to acknowledge some of the massive problems facing local councils.”

It’s no secret that most terrorist attacks perpetrated by those we call “Islamic terrorists” occurred not in Europe or the...