Health Law’s Impact Has Only Begun. 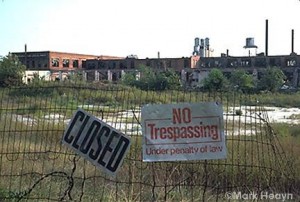 The fourth Georgia hospital is closing its doors due to severe financial difficulties caused by Obamacare’s payment cuts for emergency services.

The Lower Oconee Community Hospital is, for now, a critical access hospital in southeastern Georgia that holds 25 beds. The hospital is suffering from serious cash-flow problems, largely due to the area’s 23 percent uninsured population, and hopes to reopen as “some kind of urgent care center,” CEO Karen O’Neal said.

Many hospitals in the 25 states that rejected the Medicaid expansion are facing similar financial problems. Liberal administration ally Think Progress has already faulted Georgia for not expanding Medicaid as Obamacare envisioned.

But the reality is more complicated. The federal government has historically made payments to hospitals to cover the cost of uninsured patients seeking free medical care in emergency rooms, as federal law mandates that hospitals must care for all patients regardless of their ability to pay.

The Supreme Court ruled that states could reject the Medicaid expansion in 2012, as part of the decision that upheld Obamacare generally. Since that decision, the Obama administration has so far instituted 28 unilateral delays and changes to the health care law’s implementation without congressional approval, Fox Business reports.

From verifying eligibility for subsidies to enforcing employer requirements, the Obama administration has already taken a hacksaw to the health care reform law, but it has made no changes to the provision raising problems for half the nation’s hospitals.

While the feds wait for financial pressure to force states to act, several state governments have been taking things into their own hands. Some have criticized these moves as “hospital bailouts.”

In Case You Missed It:  WAYNE ROOT: Here is What Trump Has to Do TODAY to Clinch GOP Presidential Nomination, Beat DeSantis by 50 Point Landslide, and Become 2024 Presidential Frontrunner
Posted in Tyranny and tagged Bankruptcy, Health Care Reform, Healthcare, Obama, Obamacare, Obamanomics.

Ted Cruz: The World Cannot Afford to Be Distracted as Ukrainians Are Brutalized by Their Own Government

Emeric Fohlen/NurPhoto/Sipa USA/Newscom The people of Ukraine need to know that the free world stands with them as they protest...