In the pallid light of America’s last election, how then shall we make sense of such a monumental absurdity, where half our countrymen broke ranks with reason and saw fit to continue on a course that most assuredly will send us on an accelerated course over the falls? What psychic lure has propelled the Progressives to fix our nation on a trajectory towards oblivion, careless in the knowledge that this regime’s profligacy is unsustainable and that indeed the center cannot hold?

Shall we not begin here if we are to unearth the genesis of the Progressives’ primal quarrel with us? We did not dab their tears nor kiss their furrowed brows. We did not relinquish our seats to them on buses nor did we give them our meal, having well considered that we had enough for two. While they struggled and fell, we in turn strained and held our ground. They have not forgiven us for this, nor shall they ever until they have exacted what they are owed to the very last scintilla.

In an age of children that will remain ever so, how shall we answer their complaint? How can we tell them of the burden we now bear, now that we have been rendered personally accountable for their abject happiness? And not a joyous happiness that stems from self-overcoming that enjoys a sufficient peace at having come to terms with their own natures; and consequently, from having learned to view the world as a crucible, where we make and are in turn ourselves transformed. No, their state is one of fleeting experience, more attuned to the passionate cavity inside that screams to be filled and whose devouring eye wanders the face of the earth in search of horrors and crimes to ascribe to others.

The Progressive Heart masquerades as infinite compassion and this venal appetite can never be sated so long as a neighbor has a stitch more. Is it not self-evident that the joyless and gaunt soul of liberalism has entrenched within its core an insatiable itch– a howling freezing bitch with which it must accuse and damn creation, and consequently the Creator, for having left them orphans of perfection?

Having passed judgment on God and us for the injustice of the Earth now that they are many, will they not now commit all that we have held dear to the flames in the crimson spirit of vengeance? I think we shall find that it is not justice then, but punishment that stokes this desolate disposition to antipathy: this soul of endless transition and becoming that could no more find rest on earth than it could in paradise. In despairing of the prevailing shapes of fallen Men, and for having come under a dead civilization’s curse for dethroning their father’s Gods, will they not vow to seek solace in a new beginning where humanity grazes in lush green fields—empty of rhapsody and aspiration– where one’s only pressing concern can be in making their way to the secular sanctity of a warm well-filled trough?
__________________________________________________
Glenn Fairman writes from Highland, Ca. He can be reached at [email protected]. 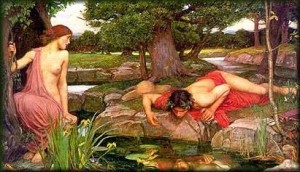 Why Thousands of Americans Gave Up Their Citizenship Status Last Year