Many conservative leaning scientist correctly predicted back in 2000 that the Earth was entering a cooling phase, not a warming phase and we are to expect colder temperatures for at least the next two decades. 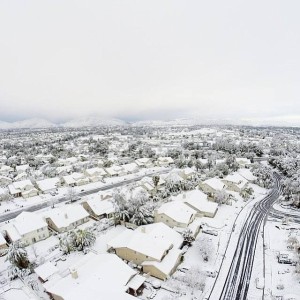 A So California Valley is covered in snow (Temecula, CA)

The Global Warming alarmist and their “expert” scientists made many predictions, all of them failed to come through. UNEP predictions claimed that, by 2010, some 50 million “climate refugees” would be frantically fleeing from those regions of the globe, that never happened!

Speaking to an audience in Germany just five years ago, Al Gore  alleged that “the entire North Polarized [sic] cap will disappear in five years.” “Five years,” Gore said again, in case anybody missed it the first time, is “the period of time during which it is now expected to disappear.  Contrary to the predictions by Gore and fellow alarmists, satellite data showed that Arctic ice volume as of summer of 2013 had actually expanded more than 50 percent over 2012 levels. In fact, during October 2013, sea-ice levels grew at the fastest pace since records began in 1979.

In desperation the global warming realizing the world is cooling quickly changes the term “Global Warming” to climate change, and still a few leftist idiots believe it!

The reality is the weather changes had nothing to do with human intervention, but the suns activity. Recent evidence indicates our sun may be entering a grand minimum of sunspot activity, not unlike the Maunder Minimum that some climatologists think caused record low winter temperatures in Northern Europe during the latter half of the 17th century.

The problem for the phony “climate experts” is that the Earth has not warmed in the last 19 years, Global Warming is dead and any new 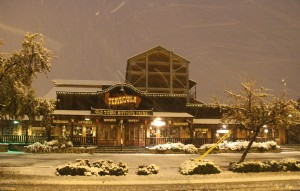 If we’re entering a Maunder Minimum, it could persist until the 2080,s, The USA right now it in a freeze even Southern California non-mountains areas such as Temecula California are reporting snow fall this past week, snow 20 miles from the coast in huge amounts,never seen before! Snow is extremely rare in Southern California outside of their mountains, but snow fall in local cities may become more normal in the coming years.

The average annual sun activity has experienced an accelerated decrease since the 1990s. In 2005-2008,  the earth reached the maximum of the recent observed global-warming trend.  A reduction of sunspot activity that would reach a new minimum in 2042, resulting in a deep global temperature minimum in the years 2055-2060.

The Earth is entering a prolonged cooling phase, because sunspot activity is currently in a phase regarded as a “minimum.”

Global Warming (AKA: Climate Change) is now officially a hoax!

Memo to Republicans: Keep the Promises You Made to Voters