A female aid worker from Sierra Leone has become the first person to bring Ebola to the United Kingdom, BBC News reports Monday night, and is in isolation in a Glasgow hospital. 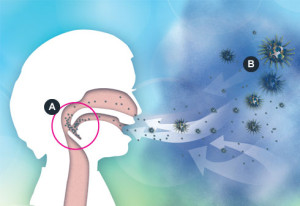 The aid worker, whose identity is being kept under wraps, had arrived in Glasgow via Casablanca and London’s Heathrow airport, and arrived in Scotland Sunday night close to midnight. Less than eight hours later, she was admitted to Glasgow’s Gartnavel Hospital with symptoms.

She will be transferred to a high-level isolation unit in London’s Royal Free Hospital as soon as possible for further treatment, officials said.

71 passengers from the Heathrow-Glasgow flight have been told to contact British Airways representatives if they experience any symptoms, according to the Daily Mail.

A British Airways spokesman told the news agency that the airline is working with health officials in England and Scotland to ensure that no other passengers on the patient’s flights were infected with the virus.

Meanwhile, First Minister Nicola Sturgeon has convened a meeting of top Scottish officials and spoken to Prime Minister David Cameron over the issue.

“Our first thoughts at this time must be with the patient diagnosed with Ebola and their friends and family,” she said in a statement. “I wish them a speedy recovery.”

“Scotland has been preparing for this possibility from the beginning of the outbreak in West Africa and I am confident that we are well prepared.”

Ebola has already infected at 20,000 people and killed over 7,000 in West Africa, according to the World Health Organization (WHO).

WHO reported in October that with unofficial figures included, the disease is showing a 70% rate of mortality, much higher than its traditional 50% rate.

In Case You Missed It:  CHAOS all over the world: UN food chief describes “destabilization of nations” resulting from FAMINE
Posted in Freedoms and tagged Ebola, Freedom, United Kingdom.

(CNSNews.com) – An Arab-backed bid to have the U.N. Security Council set a deadline for the establishment of an...