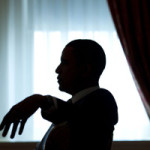 Despite six plus years of bitter disappointment and outrage at the deterioration of the state of the union at the evil hands of Barack Obama, conservatives were modestly buoyed by optimism that things would be different starting in 2015.

After all, the end of the Obama administrative was no longer speculative: As of noon, January 20, 2017, Barack Obama would no longer be president; the powers and authority vested in that office would be transferred to a new, hopefully more reasonable and patriotic, politician with the best interests of America at heart.

And it was entirely possible that the voting public, weary of incompetence, lying, reckless irresponsibility, race-baiting, and failed communist programs would elect a Republican candidate who could begin the process of rebuilding America and restoring the Democratic principles upon which this hallowed land were founded.

Optimism was warranted because of the 2014 elections in which Barack Obama and his policies were pummeled by voters who placed both chambers of the Congress under majority control of Republican, if not overwhelmingly conservative, office holders.

In particular, the election of Joni Ernest, the young conservative woman from Iowa, to the US Senate, was an uplifting and refreshing sign that the days of the Obama tyranny were numbered.

The Senator-elect’s call to “Let the squealing begin” was a rallying cry for conservatives anxious to cut the excessive, wasteful, wrong-minded, big government, leftist policies of Barack Obama!

Unfortunately and through absolutely no fault on the part of Senator Ernest, most of the squealing emanating from Washington D.C. thus far is from wounded conservatives who have seen GOP party leaders retreat from conservative principles when it comes to immigration, ObamaCare, spending, and reining -in the unconstitutional, unlawful, and un-American, behavior of Barack Hussein Obama!

Squealing from the right came early when Congress approved most of the fiscal year 2015 budget with little or no attempt to starve ObamaCare with lack of funding.

Immigration budgeting was deferred until February; however, GOP support for cutting off Obama’s amnesty has waffled and may not materialize.

Regrettably, GOP leadership in the US House and Senate have generally behaved as though the 2014 elections were resounding affirmations of the Obama model.

Which leaves conservatives demanding to know, “whatever happened to the promised squealing that was supposed to be forthcoming from the left?”

In Case You Missed It:  American Medical Association releases stunning document teaching doctors to LIE to patients while deliberately exaggerating covid death claims... the AMA admits to its own complicity in crimes against humanity
Posted in Freedoms.