Get focused, get organized, and get economically determined. You have nothing to lose but the reflexive disrespect of those who have grown quite comfortable bashing your religion with impunity 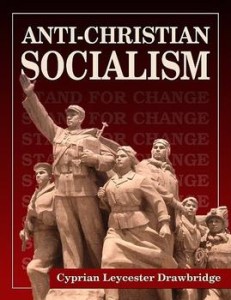 Dear Christian Americans, it’s cards on the table time. As someone who deeply respects your faith, I feel compelled to offer you some heartfelt advice: That “turn the other cheek” thing isn’t working anymore.

In America, there’s a take-no-prisoners culture war going on, courtesy of an American Left whose definition of tolerance begins and ends with, “You either agree with us, or you’re bigots.” In the rest of the world, as the latestexclamation point from Kenya reveals, Christians are beingexterminated with increasing regularity.

It’s time to wake up, stand up, and be counted—while there’s still time.

First, understand who it is you’re at war with. Here’s a big clue: While the mainstream media is positively brimming with stories of condemnation regarding Religious Freedom Restoration Acts (RFRAs) in Indiana andArkansas, not a single major news source has highlighted the reality that a bunch of Muslim bakeries in Dearborn, Michigan, were equally reticent to bake a so-called gay wedding cake. Nor did any news organization send out feckless reporters like ABC News 57’s Alyssa Marino to literally search out Muslim pizza shops who might refuse to cater a gay wedding due to their faith-based concerns. That exercise in calculated journalistic malfeasance was reserved for Christian-owned Memories Pizza, which was forced to close when it received a number of death threats, no doubt from some of those very same doyens of tolerance who embrace a “my way or the highway” worldview.

Why the double standard? First, because progressives are cowards who wouldn’t dream of putting Islam in the same crosshairs as Christianity. That would take real courage because some Muslims have a penchant for bloody retaliation. It’s far easier to take on a mom-and-pop, Christian-run pizza parlor, secure in the knowledge Christians 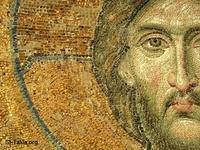 long ago abandoned such impulses. And second, as twisted as it sounds, because there’s a progressive-Islamist alliance of convenience based on destroying conservatism and Christianity first, and worrying about who emerges as the stronger horse only after that mission is accomplished—in the best “the enemy of my enemy is my friend” tradition.

Then there’s the blinding hypocrisy led by openly gay Apple CEO Tim Cook, who led the Christian-bashing in an op-ed for the Washington Post. Cook insisted that there is “something very dangerous happening in states across the country…(that) would allow people to discriminate against their neighbors.” Sorry, Tim, but RFRA statutes at the state level have been around for quite some time. That includes an RFRA in Illinois, where a certain state legislator named Barack Obama voted in favor of it in 1998—even before Illinois raised sexual orientation or gender identity to the level of a protected class. There was also a federal RFRA passed in 1993. It was introduced by New York Democrat Senator Chuck Schumer and signed by President Bill Clinton, following unanimous passage in the House and a 97-3 thumbs up in the Senate.

But that’s not what make people like Tim Cook and his fellow travelers hypocrites. What makes them hypocrites is the fact that Apple builds most of its products in freedom-squelching Communist China and is opening stores in Saudi Arabia where gays can be subjected to stoning and death. Guess everyone has his price, right Tim?

Those are the folks who want to run roughshod over your beliefs. But far more important, they have spoken about and engaged in boycotts designed to inflict economic damage on those who refuse to kowtow to their beliefs. Cities, states, companies, unions and even a church group cancelled projects, conventions, business deals, and travel to Indiana based on nothing more than media-driven, blatant falsehoods regarding RFRA statutes, and people who remain willfully ignorant about the dividing line between public accommodation laws and the First Amendment’s freedom of religion guarantee.

One quick aside. As George Mason University Foundation law professor David Bernstein explains in his aptly titled book, “You Can’t Say That,” public accommodation laws have been vastly expanded to the point where they threaten the autonomy of private organizations. I don’t believe this is an accident. There is little doubt that an American Left with a humungous appetite for government control would like nothing better than to use the law as a cudgel to hammer freedom of association and faith-based freedom of choice out of existence. And, as it is with every other part of their agenda, they will do so by any means necessary—as this “lie repeated often enough it become the truth” campaign against Christians so aptly indicates.

Which is where Christians themselves come in: Two can play the boycott game, and it’s long past time Christians started employing their economic clout against those who hold them in contempt.

83 percent of Americans identify themselves as Christians 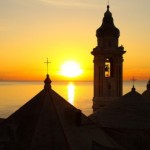 And make no mistake: The math is on your side. First, approximately 83 percent of Americans identify themselves as Christians. Second, a 2013 Rasmussen survey reveals that 85 percent of Americans believe a Christian wedding photographer who has deeply held religious beliefs opposing same-sex marriage has a right to turn down work at that wedding. And I’d bet heavily on the idea just as many Americans would feel the same way if a gay baker were asked to provide a cake with the inscription “God Hates Gays” for the Westboro Baptist Church, a Jewish baker was asked to put a swastika on a cake for a Nazi group, or a black baker asked to provide a cake with a noose for the KKK. Regardless, those stats in and of themselves should give one a great idea how utterly misrepresentative of reality the current media/leftist campaign against people of faith truly is. Moreover, it suggests a level of economic clout that dwarfs those who seek out businesses they can shut down to “teach them a lesson about tolerance.” And it is an economic clout that has already been demonstrated: An online fundraising effort has raised a whopping $840,000 for Memories Pizza.

That’s impressive, but it’s not nearly enough. It’s time to send a message to the likes of Apple, Angie’s List, AFSCME, San Francisco, Connecticut, New York, Salesforce, Yelp and a host of other oh-so self-righteous entities that have your worst interests at heart. Make it part of your Christian life to determine who would undermine it, and then take your business to those who understand the real bigots in this nation are those who would stomp the concept of live and let live out of existence—under the banner of enlightened thinking, no less. Moreover, if far too many of your milquetoast leadersrefuse to join you, move on without them.

The alternative is clear: Turn the other cheek and you will get hit just as hard by the leftist culture warriors who will not rest until people of faith are the cultural lepers they want you to be. “In Africa, the Middle East and South Asia, Christians are killed for their beliefs,” writes columnist extraordinaire Mark Steyn. “In America, they’re not (yet) being killed, just having their businesses destroyed. Be grateful for small mercies. But in both west and east the dominant ideology is not minded to brook dissent. Islam sells itself as a stern enforcer, and always has done. By contrast, the New Diversity enforcers intolerantly demand uniformity in the name of tolerance and diversity. In the audacity of their assault, they seek to undermine even the possibility of dissent: when words are conscripted to mean their precise opposite, how can you even mount a contrary argument?”

You now have the answer to that question: Get focused, get organized, and get economically determined. You have nothing to lose but the reflexive disrespect of those who have grown quite comfortable bashing your religion with impunity. That nonsense has gone on long enough.

Texas Attorney General: ‘If the Law Matters,’ Courts Will Side With States in Fight Over Obama Immigration Policy

As a federal appeals court considers whether to keep or rescind a hold on Obama’s immigration program, the attorney general...