Matt Drudge took to Twitter to deliver an ongoing tirade against Republicans’ eagerness to deliver a fast-track trade bill to President Obama’s desk. The bill’s details have not been made public — which hasn’t stopped Republicans from surrendering Congress’s power to make amendments to a president’s future trade deals.

Should a Republican presidential candidate lose the 2016 general election, the Trade Promotion Authority bill could be to blame. Keeping the bill’s details from voters was “clearly treason,” Drudge tweeted. 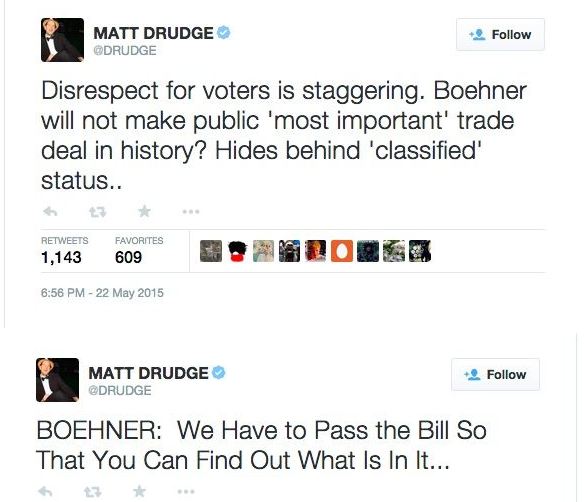 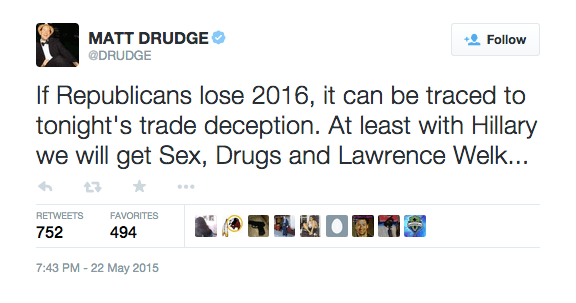 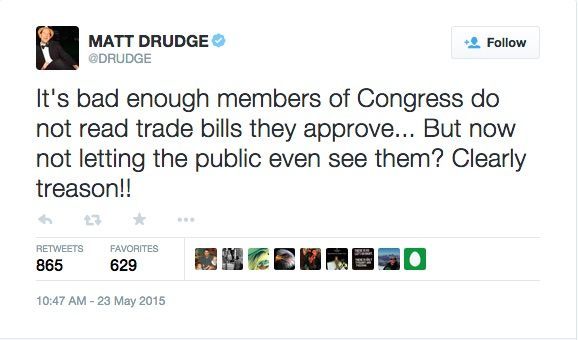 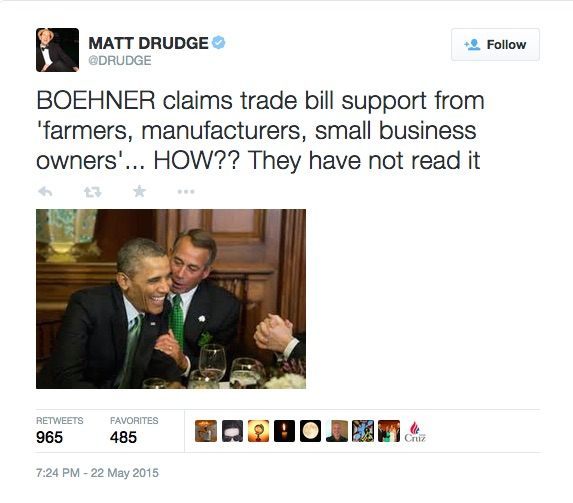 On Friday, 14 Democrats and 48 Republicans banded together to clear Senate hurdles from Democrats. House Speaker Rep. John Boehner (R-OH) 40% praised the deal and promises to push it through the House, clearing the way for Obama’s signature.

In Case You Missed It:  Here’s what you need to know about chlorine dioxide (ClO2), the “universal antidote”
Posted in Financial, Freedoms and tagged Obama, Republicans, Speaker John Boehner, Trade.

By Deana Chadwell I am so confused. Perhaps the progressives are correct and we right-wingers are inadequately subtle and nuanced...