One man is dead and several injured in an Islamic State (IS) terror attack on a factory in Grenoble, France. There are reports of a loud explosion at the factory and at least two attackers carrying Islamist flags. 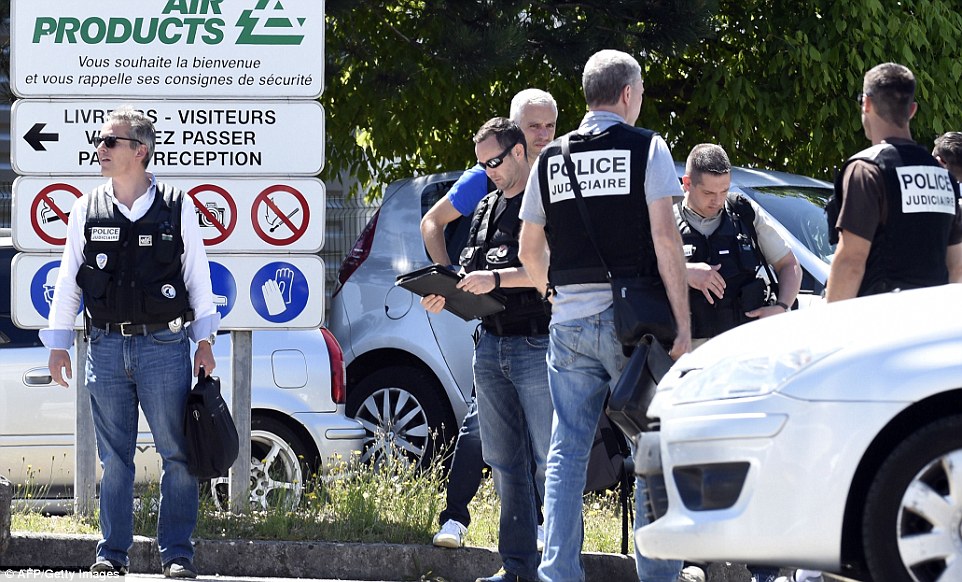 Sources said two men rammed the factory in a car before setting off explosive devices. A decapitated body has been discovered.

The murdered man’s head is understood to have been found 30 feet away from his body, hanging on the factory’s fence. The dead man’s head was covered in Arabic ‘inscriptions’ before being placed on the fence, according to local journalists at the scene.

A 30-year-old man who was known to security services since at least 2008 has been arrested, telling police officers that he is a member of the Islamic State terror group. The man is believed not to have a criminal record but was considered to have ‘possibly been radicalized’ and read the Qu’ran.

Air Products, the American company targeted in the attack has 21,000 employees, according to its website, and sold industrial gases including nitrogen, oxygen, hydrogen.

Interior Minister Bernard Cazeneuve said he would go “immediately” to the scene.

According to regional daily Le Dauphiné Libéré, the attacker entered the factory, owned by company Air Products in the town of Saint-Quentin-Fallavier, claiming he belonged to IS. The report states the man opened gas bottles and set off an explosion. The newspaper also said that one victim was decapitated and several others injured.

The attack comes six months after the Charlie Hebdo attack and the three-day siege in Paris during which 17 people were killed.

The gruesome killing came nearly six months after the Islamist attacks in and around Paris that left 17 people dead and started with a shooting at satirical magazine Charlie Hebdo, isn’t Multiculturalism grand?

By Daniel Greenfield Toward the end of September 2012, Barack Obama finally came to New York City after skipping it...