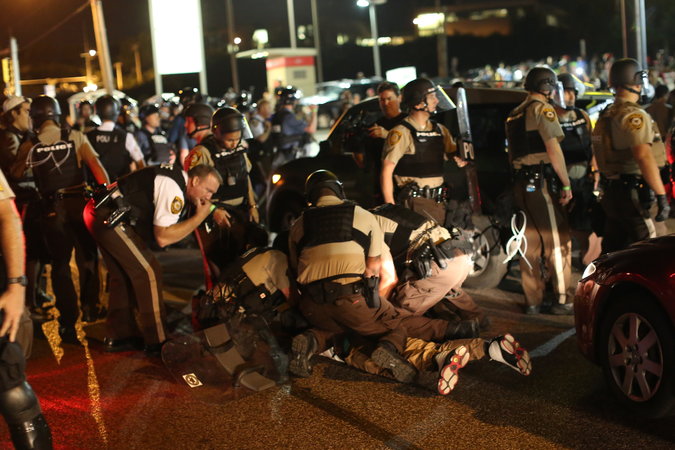 It’s a year later since the media’s big lie about the “gentle giant” who just wanted to rob a convenience store with his hands up and the media meme about peaceful protests is back. Emergency declared in Ferguson after shooting again this year.

I’m sorry, but if your protests end with violence and gunfire… they were never peaceful. Genuinely peaceful protests don’t “give way” to gunfire. All the protests I’ve been at managed to end without anyone being shot. How did we accomplish this? By not bringing guns and shooting people. By not throwing bottles at cops. And also, and this is crucial, by not staging protests whose sole real purpose was to engage in confrontations with police.

A peaceful Ferguson protest is like Santa Claus. It doesn’t exist. Sure you can start out with some Michael Brown family member leading a protest about how the police are murdering all the black people, talking up his upcoming lawsuit and then some doves get released and then the bullets start flying.

When what you’re really commemorating is the riots after the death of a criminal at the hands of the cop he attacked, peace isn’t on the menu.

by Tyler Durden One of the biggest drivers of the so-called recovery (in addition to the Fed's $4.5 trillion balance...