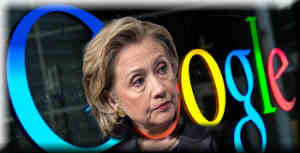 Hillary Clinton may be down and fading quickly, but the former Secretary of State is a street fighter with all the guile and cunning of a Chicago hoodlum. A black Chicago hoodlum, even.

Her political soul mate, Slick Willie, is nearly as corrupt as she, and is expert in the art of lying and delaying until the waters calm, and media types turn to their natural enemies, Republican candidates, and target same for extinction.

Hillary and Bill are praying, on all four knees, for a world-class implosion by Donald Trump to get media attention yanked away from possible felonies committed by Hillary in the use and handling of classified materials. Computer servers, and e-mails.

The “T” word— treason— hangs hauntingly over their millionaire’s mansion in Chappaqua, NY as Hillary works 24/7 to fight off Bernie Sanders, Martin O’Malley, and perhaps Joe Biden, each of whom is poised to knock that “inevitability” smugness off her arrogant face.

Hillary reportedly has recurring nightmares in which the Oval Office, her presumed next work station, is instead turned over to Joe Biden and Elizabeth Warren with Barack Obama enthusiastically cheering on the new team.

Clearly Hillary needs to act. Her advisers are working on a “Hail Mary” strategy in which Hillary embraces a populist issue cherished by progressives—prison reform.

According to the plan, Hillary will declare that her current mess gives her an “unfair competitive advantage” into the issue because she may very well be able to witness first-hand the atrocities and abuses in the federal prison and be thus best informed and equipped to execute required reforms.

It is a “long shot” at best, but as Jonathan Gruber pointed out recently, the stupidity of American voters is boundless, a fact that Hillary might exploit all the way to 1600 Pennsylvania Avenue!

The Children of Illegal Immigrants Are Not Born American Citizens

By Tim Dunkin Once again, Donald Trump has managed to open up a robust national discussion about an issue that...