By Stephen Dinan – The Washington Times 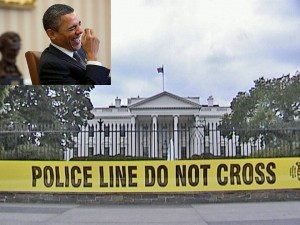 A federal judge Friday ordered the IRS to turn over the records of any requests from the White House seeking taxpayers’ private information from the tax agency, delivering a victory to a group that for two years has been trying to pry the data loose.

It’s not clear that there were any such requests — but Judge Amy Berman Jackson said the IRS cannot just refuse to say so by citing taxpayer confidentiality laws, known as section 6103 of the tax code.

“This court questions whether section 6103 should or would shield records that indicate confidential taxpayer information was misused, or that government officials made an improper attempt to access that information,” the judge wrote in denying the IRS’s request to close out the case.

The ruling marks yet another federal judge who has ordered the Obama administration to be more transparent when responding to open-records records. The State Department is facing a barrage of orders from federal judges demanding more cooperation in releasing former Secretary Hillary Rodham Clinton’s emails.

White House officials and federal agencies are allowed, under very select circumstances, to ask the IRS for protected information. But the requests must be carefully cleared.

Questions about potential White House meddling in taxpayers’ private information stretch back to the beginning of the Obama administration, when the then-White House chief economist seemed to describe the tax structure of Koch Industries during a briefing with reporters.

His description was apparently incorrect, but it left some watchdog groups wondering if the White House had quietly sought information on conservatives, such as the billionaire Koch brothers.

Cause of Action sued in 2013 to get a look at whatever requests the White House, or other federal agencies, had made.

The IRS refused, saying even the existence of those requests would be protected by confidentiality laws and couldn’t be released, so there was no reason to make the search.

The judge said Friday, however, that the agency couldn’t use the privacy protection “to shield the very misconduct it was enacted to prohibit.”

“As we have said all along, this administration cannot misinterpret the law in order to potentially hide evidence of wrongdoing,” said Dan Epstein, executive director at Cause of Action. “No administration is above the law, and we are pleased that the court has sided with us on this important point.”

The IRS declined to comment since the matter is still pending in court.

Fundraisers Say Adios to Jeb Bush! It appears that Jeb Bush has finally been rewarded for his odd, anti-American support...