An Abilene, Texas, police officer who was found dead in his home on Monday is now suspected to have been murdered, according to authorities. Officials appear to be holding information about the officer’s death close to the vest. 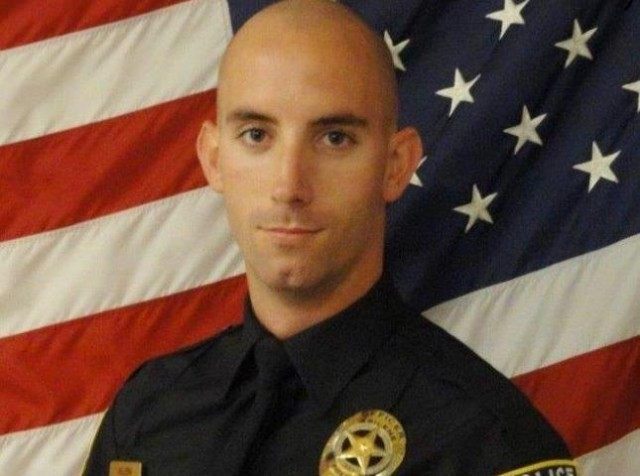 After finding Abilene Police Officer Don Allen dead in his home on Monday, investigators are now saying it appears his death is a homicide, according to a report by CBS News. It is not believed; however, that he was targeted simply for being a police officer.

Abilene Police Chief Stan Stanbridge told reporters at a press conference they believe the attack was planned and not a random attack, as reported by KTAB CBS. “The initial reaction was fear,” Chief Stanbridge said in the wake of the murder in Houston of Harris County Deputy Darren Goforth.

The home where Officer Allen was found is located in the nearby community of Clyde, Texas. In a statement on the Clyde Police Department’s Facebook page officials reported:

The Clyde Police Department would like to reassure the public that we have no reason to believe any members of the community are being targeted or are in any danger. There are many rumors and theories circulating around the homicide investigation of Abilene Police Officer Don Allen, many of these are entirely untrue. We have no reason to believe at this time that Officer Allen was targeted because he was a police officer. Multiple agencies are assisting with this investigation, which is being led by the TX Rangers. The Clyde Police Department would like to specifically thank the Rangers and the Abilene Police Department for devoting all of their resources to this investigation. Our hearts and prayers are with the Allen Family, the Abilene Police Department, and all those who knew Officer Allen. Thank you to the public for the outpouring of support for law enforcement. We will not rest until those responsible for Officer Allen’s death are apprehended and brought to justice.

Having served previously in neighboring Cisco’s police department, the Texas police officer was a rookie on the Abilene police force. He had one and one-half years’ experience in Cisco prior to moving to the larger department in Abilene.

Authorities are not releasing any information, at this time, as to the method of death or any possible motivations other than they believe he was not targeted for being a police officer.

The death is being investigated by Texas Rangers and the FBI, along with the Abilene and Clyde police departments.

The Greek Coast Guard seized a vessel Tuesday carrying ammunition and weapons near the southern island of Crete, authorities said, according to...