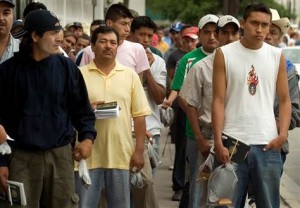 How many times have you heard the phrase, “Only in California”? While you try not to lose count, you can be sure that actual Californians are also echoing your collective sentiments this week. Sitting on Governor Jerry Brown’s desk is a voter registration bill so bad that TTV Founder Catherine Engelbrecht sounded off in a press release: “Now, legislators are quite literally asking Gov. Brown to intentionally, systematically push millions of non-citizens onto California’s voter rolls.” In a nutshell, California is looking at making voter registration automatic when receiving or updating a driver’s license. The trouble is, just about ANYONE can have a driver’s license there. Here are the key facts: 1) the CA automatic voter registration bill would operate in tandem with existing law allowing non-citizens to receive driver’s licenses; 2) California’s DMV records are unable to differentiate between U.S. citizen and non-citizens when automatically plugging them into voter rolls; and 3) non-citizens found voting will be protected from prosecution.

True the Vote joined forces with the Election Integrity Project of California (follow EIP-CA on Twitter!) to demand that Gov. Brown allow sanity to intervene and veto AB 1461. Since a decision on the bill must be made by September 28, we need your help. Click here to contact Gov. Brown’s office and demand that he veto AB 1461. Even if you live elsewhere, drop the Governor a line – your voice matters, too. State-sanctioned voter fraud is absolutely unacceptable – especially when the ACLU (the ACLU!) estimates that more than 3 million non-citizens could be registered to vote.

Don’t think it will happen outside of California? Think again. Some states choose not to differentiate between citizens and non-citizens when issuing driver‘s licenses. If Nevada, New Mexico or Vermont were to borrow California’s bill today, they would be protecting non-citizen voters from criminal prosecution as well. Simply put, if we as engaged voters allow this type of policy to break containment from California, we will only have ourselves to blame. Take a stand today.

In Case You Missed It:  AZ GOP Chair Dr. Kelli Ward: Some Republicans Say Elections are Free and Fair – They Are Liars, They Are Cheaters and Want to Steal Another Election (VIDEO)
Posted in Freedoms and tagged California, Freedom, Illegal Immigration.

Hizb ut-Tahrir, an Islamist group that has operated for nearly a decade in Canada, held its annual meeting last Wednesday...