Belgium raised the alert status for its capital Brussels to the highest level on Saturday, shutting the metro and warning the public to avoid crowds because of a “serious and imminent” threat of an attack by Muslim radicals.

The advice for the European population is to avoid places where a lot of people come together like shopping centres, concerts, events or public transport stations wherever possible,” a spokesman for the government’s crisis centre said.

Anonymous, the loose collective of online activists, said Saturday it has uncovered information about Islamic State group attacks in Paris as well as at locations in the U.S., Indonesia, Italy and Lebanon, all apparently set for Sunday. OpParisIntel, a group within Anonymous, released a statement saying it had collected information about imminent attacks by the militant group — aka Daesh, ISIL and ISIS — in the French capital a little more than a week after a series of coordinated attacks there left 130 dead and hundreds injured.

Anonymous also said the Islamic State group is planning an assault at the WWE Survivor Series event scheduled to take place in the Philips Arena in Atlanta Sunday at 7.30 p.m. EST, as well as attacks at multiple events in Paris.

The targets listed so far are as follows: 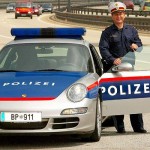 The crisis centre website said it was calling on local authorities to cancel large events, urge people to avoid crowds, postpone soccer matches, close the metros for the weekend and stepping up the military and police presence.

The FBI Saturday said in a statement it is aware of a threat by the Islamic State group to stage an attack on a WWE event scheduled for Atlanta Sunday evening.

ISIS doesn’t even have to have a real attack planned; all they have to do is put the suggestion out there, and the whole world is frozen with fear. Last week alone numerous passenger jets were diverted by Muslims calling in bomb threats, causing chaos in the sky’s.

by Justin Raimondo Hillary Clinton promised us a speech on what she’d do to destroy ISIS, but what she gave...