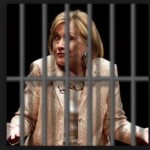 More than half of Americans distrust Hillary Clinton or believes she is a liar, according to a new Gallup survey.

The Gallup poll asked 1,014 adults what comes to mind when they hear the names Hillary Clinton or Bernie Sanders. It was conducted Feb. 13-14 and released this week, and found that people most associated Clinton with:

Significantly, Gallup didn’t suggest answers for those who were surveyed. It was an open-ended question. All total, 51 percent of Americans have a negative view of her. 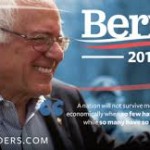 The same survey also was asked adults that they thought of when they heard the name “Bernie Sanders.” Their replies:

Gallup did not release data for answers that totaled less than 3 percent.

“Although many Americans cannot articulate much that is of substance when asked about Sanders, the most frequent comments about him revolve around his unique ideological branding as a democratic socialist and his advanced age,” Gallup’s  Frank Newport and Lydia Saad wrote in an online analysis. “By contrast, the comments about Clinton are more personal in nature, including a large number of mentions of her lack of honesty and character, along with positive associations as a competent and well-qualified public servant.

Newport and Saad added, “Unfortunately for Clinton, the negative associations currently outnumber the positive ones by a sizable margin, and even among Democrats, the negatives are fairly high. Throughout her more-than two-decades-long career in the public eye as first lady, U.S. senator, secretary of state, two-time presidential candidate and bestselling author, she has acquired a fairly well-developed image among Americans — for better and for worse.”

‘NATO turned Libya into a destroyed state, not a failed state’

Col Muammar Gaddafi’s convoy was bombed by an American Predator drone and then attacked by French jets before the deposed...