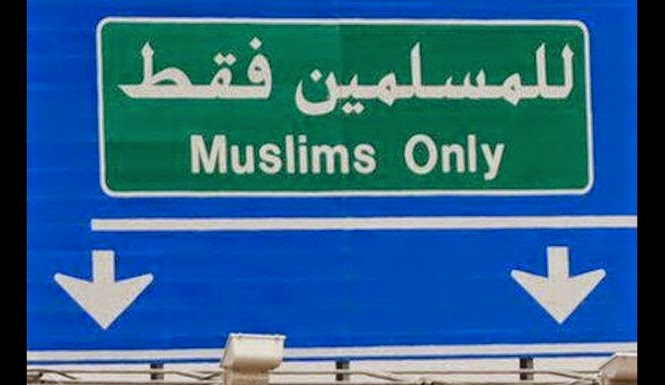 Reprinted from the Gatestone Institute

Almost a year ago, President Barack Hussein Obama described the suggestion that the U.S. give preference to Christian refugees over Muslim refugees as “shameful.” “That’s not American. That’s not who we are. We don’t have religious tests to our compassion,” he loftily added.

Now, WikiLeaks has released a 2008 email discussing who should fill top staff positions should Obama win the presidency.  It clearly proves that the Obama administration is the one that has long used “religious tests”—but to discriminate against Christians in favor of Muslims.

The email was sent from Former New York Solicitor General Preeta D. Bansal to Michael Froman, a classmate of Obama’s at Harvard and a member of the 12-person advisory board for the Obama campaign’s transition team.  The key passage reads:

In the candidates for top jobs, I excluded those with some Arab American background but who are not Muslim (e.g., George Mitchell). Many Lebanese Americans, for example, are Christian. In the last list (of outside boards/commissions), most who are listed appear to be Muslim American, except that a handful (where noted) may be Arab American but of uncertain religion (esp. Christian).

In other words, those Arabs from nations with large Christian populations or with obviously Christian names need not apply, for they fail the “religious test.”

But the discrimination is not limited to hiring for top jobs.  Even in life and death scenarios, the Obama administration massively favors Muslims over Christians.  Despite the U.S. government’s acknowledgement that ISIS is committing genocide against Christians in Syria—meaning that Christians, not Sunni Muslims, are being targeted for torture, slavery, death and worse due solely to their religious identity—statistics repeatedly show that the Obama administration has taken in vastly disproportionate numbers of Sunni Muslims into the U.S.

When war erupted in Syria in 2011, approximately 75 percent of the population was Sunni and 10 percent Christian. Accordingly, if the U.S. were to admit Christian refugees in proportion to their population in Syria, about 1,260 Christians would by now have been resettled in America—when in fact only 68 were.  Similarly, that Sunni Muslims are 75 percent of Syria’s population yet 99 percent of those received by the U.S. indicates that they are overrepresented.

Even the 1951 Refugee Convention lists five criteria that qualify applicants for refugee status: persecution for reasons of religion, race, nationality, political opinion or membership of a particular social group. Christians very clearly fit one of the criteria—religious persecution—whereas the overwhelming majority of Sunni Muslims entering America do not.  That’s because ISIS is a Sunni organization and does not target fellow Sunnis who mind their own business.

The discrepancy is no secret.  Most recently, in an FOIA lawsuit filed by a federal appellate court against the Department of Homeland Security, Judge Daniel Manion expressed his “concern about the apparent lack of Syrian Christians as a part of immigrants from that country….  Perhaps 10 percent of the population of Syria is Christian, and yet less than one‚Äêhalf of one percent of Syrian refugees admitted to the United States this year are Christian….To date, there has not been a good explanation for this perplexing discrepancy.”

Far from being an aberration, the WikiLeak revelation is simply the latest indicator that the Obama administration clearly favors Muslims over Christians:

Perhaps the most interesting aspect of all this is that the Obama government’s bias against Mideast Christians closely resembles the traditional bias Christian minorities experience at the hands of Muslim governments.  There are active and passive persecutors of Christians in the Muslim world.  Muslim criminals, mobs, and terrorists actively persecute Christians, while Muslim governments passively enable them.  Muslims kidnap, rape, rob, and/or kill Christians precisely because they know Muslim authorities will rarely if ever do anything about it (it is against Islamic law to side with “infidels” against Muslims).  Christian minorities in nations such as Egypt and Pakistan know this well.  Similarly, Muslim governments seldom if ever hire Christians to positions of authority (Islamic law bans the intentional placement of an “infidel” over Muslims).

Whether by discriminating against Christians and favoring Muslims for positions of authority, or whether by welcoming into America a disproportionately large number of Sunni Muslims, while barring the true victims of genocide, Christians—the Obama government’s bias is a tradition that Christian minorities living in the Muslim world have long been familiar with.

Thus, to use the president’s own words spoken last year, it is the Obama administration’s discriminatory policies and “religious tests” that are “shameful,” “not American,” and not “who we are.”

College Subsidies for Illegal Immigrants Get Their Day in Court

A few weeks ago, we reported on a lawsuit in California brought by a resident and taxpayer against the Board...