Carlson responds: “You are whiter than I am”

Jorge Ramos: Whiter Than Most Americans

During an appearance on Tucker Carlson’s show, Univision anchor Jorge Ramos proclaimed that whites will become a minority within 30 years and that “this is our country”.

TUCKER CARLSON: So at an event several weeks ago in February you said this, and I wanted to ask you about it, and I’m quoting you, “I’m a proud Latino immigrant here in the United States. You know exactly what is going on here in the US. There are many people who do not want us to be here and who want to create a wall in order to separate us. But you know what, this is also our country. Let me repeat this, our country, not theirs, it’s our country.” Who’s the us, and who’s the they? Whose country is it?

JORGE RAMOS: This is our country, it is yours, it is mine and it is ours. The interesting this is with the Trump administration and many people who support Donald Trump they think it is their country, that it is a white country and they are absolutely wrong. This is not a white country, this is not their country, it is ours, and that is precisely what I’m saying. Look in 2044, the white population will become a minority, it will be a minority/majority country, that is precisely what I’m saying. Latinos, Asians, African-Americans, whites, it is our country Tucker.

However, Carlson embarrassed Ramos when he pointed out that Ramos is white. Ramos is a descendant from European Spain and it is common the White Mexicans do not mix with the Indigenous natives,  perhaps he should realize using his logic the natives Indigenous from the Aztec Empire are the true Mexican’s an Mexico belongs to them, not the Spanish conquistadors and their descendants like Jorge Ramos!

“Let me just point out that you are white, obviously, you are whiter than I am. You’ve got blue eyes. I don’t know exactly what you mean by white or Latino,” said Carlson.

Ramos had no rebuttal and simply went back to repeating his previous argument before claiming that anyone born in a Latino country is Latino even if their ethnicity is European.

Ramos is a blue-eyed light-skinned Mexican-European. Although his ancestry is not known, a picture of Ramos’ sister suggests that Ramos may indeed be more white than Tucker Carlson.

It seems odd that Ramos is salivating over the day when whites will become a majority given that he is white himself.

Demographics projections show that white people are dying faster than they are being born and will become a minority within 30 years.

Whites account for 62 per cent of the population but 78 per cent of deaths. White children under the age of 5 are already a minority in the United States.

White is the new black. People can say anything racist about white people nowadays that they could never say about any other race or ethnicity. I am so sick of all the “acceptable” racism

To quote Winston Churchill, who said this to a Nazi official who stated ALL Jews were the problem, today the left says Whites are the problem.  “How can a man choose how he is born?” We are facing the anti-white Nazis of our era. 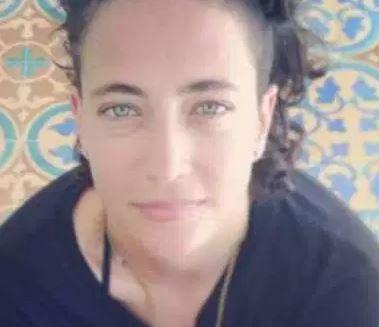