Russian warships have entered the eastern Mediterranean Friday and was heading toward the area where two U.S. Navy destroyers launched missile strikes into Syria, Fox News has learned. 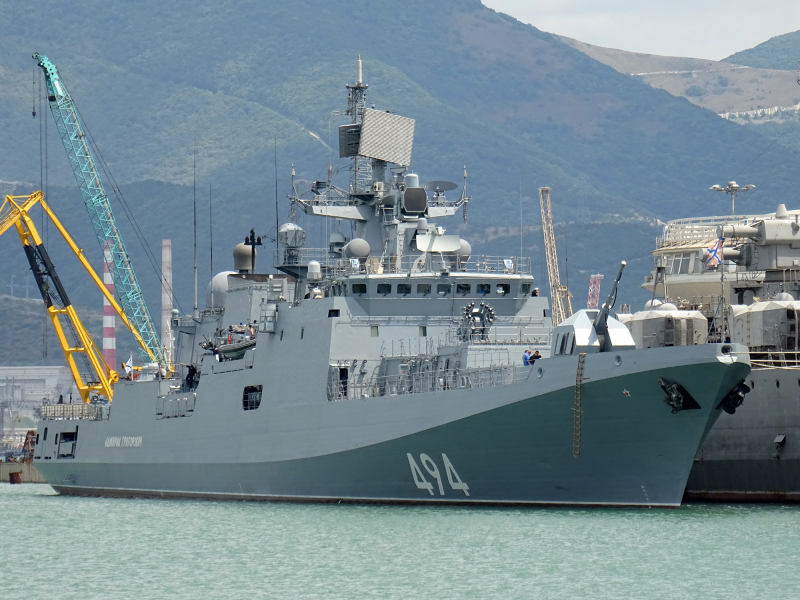 The Russian frigate, Admiral Grigorovich RFS-494, crossed through the Bosphorus Strait “a few hours ago” from the Black Sea, according to a U.S. defense official.

The Russian warship is now in the eastern Mediterranean steaming in the direction of the U.S. warships.

The Admiral Grigorovich is armed with advanced Kalibr cruise missiles.

Also Friday, one of the American destroyers that launched the missiles into Syria started heading to an undisclosed location to rearm.

The U.S. struck a Syrian airbase in retaliation for this week’s gruesome chemical weapons attack against civilians, including infants and small children, military officials said.

The frigate was bound for the Syrian port of Tartus on a routine voyage, the Russian news agency TASS reported Friday, citing a military-diplomatic source.

“The Russian ship armed with cruise missiles Kalibr will visit the logistics base in Tartus, Syria,” the source said.

The ship was near the Black Sea straits, Tass reported. It left on a voyage after stopping at Novorossiisk for supplies and taking part in a joint exercise with Turkish ships in the Black Sea.

In Case You Missed It:  Americans shift food shopping to DOLLAR STORES as their last desperate strategy before mass famine... and REVOLT
Posted in Freedoms and tagged Mediterranean, Military, Russia.

A truck has driven into a crowd at a shopping center in central Stockholm, killing at least two people and...