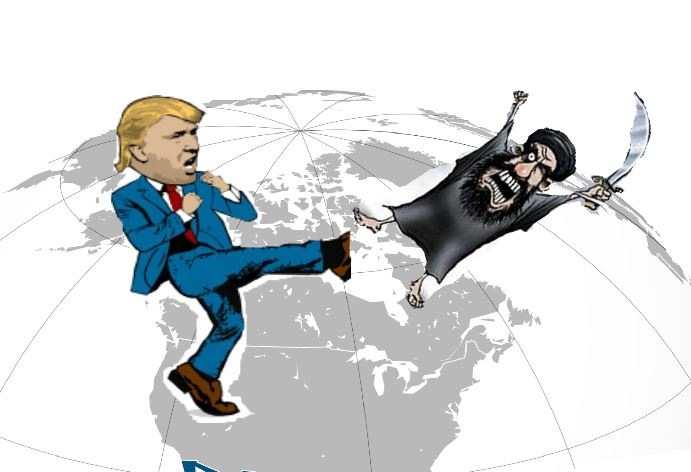 The Trump administration has decided to withdraw from participation in the United Nations Global Compact on Migration, representing another significant departure from the global governance policies of the Obama administration. In September 2016, during the waning days of the Obama administration, the United States had joined with the other member states of the UN to adopt a “non-binding “political declaration, the New York Declaration for Refugees and Migrants. They agreed to undertake negotiations towards a consensus on international norms by September 2018 to help guide member states’ immigration policies. U.S. ambassador to the United Nations Nikki Haley said in a recent statement, announcing U.S. withdrawal from participation in this globalist compact, that “our decisions on immigration policies must always be made by Americans and Americans alone. The global approach in the New York Declaration is simply not compatible with US sovereignty.”

The New York Declaration for Refugees and Migrants, Ambassador Haley said, “contains numerous provisions that are inconsistent with U.S. immigration and refugee policies and the Trump Administration’s immigration principles.” The Declaration says, for example, that all migrants are “rights holders,” which are “universal.” It seeks a commitment to “strengthening global governance of migration.” It calls for applying international law to a state’s implementation of its own border control procedures. It calls for migration policies that promote “family reunification” –  a euphemism for chain migration. It stipulates that migrant children should receive “education within a few months of arrival” with budgetary prioritization to facilitate this, all without any consideration of cost, language issues or the impact of such prioritization on the funding of the educational needs of the host country’s own citizens.

Predictably, UN officials and open border advocates have protested the Trump administration’s decision “to disengage from the process leading to the global compact for safe, orderly and regular migration,” as UN General Assembly President Miroslav Lajcak put it in a statement issued by his office. They claimed that nothing in the New York Declaration or in an ultimate global compact would be legally binding. National sovereignty would be respected, they promised.  If that is so, however, what did Mr. Lajcak mean when, in that same statement, he talked about a commitment to “strengthening global governance of migration,” which is also the language used in the New York Declaration itself?

How would “global governance” work if there is technically no legally binding treaty? It would work through the insidious process of using the United Nations to forge an “international consensus” among representatives of the UN member states around broadly worded “international norms.” Such norms would purport to create, or broaden the scope of, a “universal” right, declared as such by all or a significant majority of the member states. As interpretations of norms acknowledging such rights are repeated in international bodies and incorporated into the laws or judicial rulings of more and more member states, they can then become a part of what international lawyers refer to as legally binding “customary international law,” whether there is a formal treaty or not. In the words of a prominent legal treatise (Restatement of the Foreign Relations Law of the United States), customary international law results “from a general and consistent practice of states that they follow from a sense of legal obligation.”

The UN can set in motion a process under which customary international law is created. As the Restatement treatise notes, the “United Nations General Assembly in particular has adopted resolutions, declarations, and other statements of principles that in some circumstances contribute to the process of making customary law.” A United Nations Global Compact on Migration may well fall into this category. Only if a member state persistently objects to a particular requirement of customary international law, would it generally be exempt from it. That is why it was imperative for President Trump to make clear when he did that the United States would not participate in the global migration compact and that it considers itself to be bound legally only by its own immigration laws.

If President Trump had not taken such action, and allowed the United States to join in with the other UN member states as Obama had wanted to do, immigration lawyers for plaintiff migrants would have another tool to use in end running this nation’s own immigration statutes. They would take their cases to enforce the migrants’ “universal” rights to sympathetic judges willing to incorporate the global compact’s norms into their judicial decisions. Activist, pro-amnesty judges would have a freer hand to twist the words of the U.S. Constitution to fit the global compact’s “international” norms. The Supreme Court would not always provide protection against such judicial malpractice. Consider, for example, that Supreme Court Justice Stephen Breyer, who advocates using international norms and foreign law to interpret the United States Constitution, has talked about “cross-country results that resemble each other more and more, exhibiting common, if not universal, principles in a variety of legal areas.” He also said that the laws of the United States and other nations are merely pieces of a “larger fabric.” He is not alone on the Supreme Court in entertaining such views. Aside from Justice Breyer’s three fellow liberal justices, Justice Kennedy, the swing vote on close decisions, has shown that he too shares this globalist perspective. He has written, for example, that “the express affirmation of certain fundamental rights by other nations and peoples…underscores the centrality of those same rights within our own heritage of freedom.”

Those UN bureaucrats steering the efforts to achieve a consensus on global migration norms are busy interweaving open-borders friendly international norms into their global migration compact fabric. A leading example of such an unaccountable bureaucrat is Louise Arbour, Special Representative of the UN Secretary General for International Migration, who spoke December 4th at a preparatory conference held in Mexico to “take stock” of where things stood on the global compact. She paid lip service to “a state’s sovereign right – subject to international and domestic law – to manage who enters and stays within its borders” (leaving open the question, discussed above, of what is considered “international law”).  In the same speech, Ms. Arbour showed her fundamental misunderstanding of what national sovereignty is all about. She condemned what she characterized as “pejorative talk of ‘illegal immigrants.’” She added that the “global compact for migration is an opportunity to reorient the often-toxic narrative against migrants towards a more accurate narrative on migration that recognizes its overwhelmingly positive impact.”

An immigrant who has entered a country in violation of the sovereign laws of that country is an “illegal immigrant” under the sovereign laws of that country. Ms. Arbour is seeking to turn this upside down by using the Global Compact on Migration as a normative instrument of customary international law to eliminate the distinction between legal and illegal immigrant status and confer “universal” rights on them that transcend a sovereign country’s own immigration laws.

When Ms. Arbour served previously as United Nations High Commissioner for Human Rights, she displayed her true feelings about the supremacy of “international law.” She filed a friend-of-court brief with the U.S. Supreme Court in 2007, urging it to reverse a Court of Appeals decision denying Islamic terrorist detainees’ petition for habeas corpus. “The High Commissioner… recognizes that, consistent with the rule of international law that a State may not invoke its own law to excuse a failure to comply with a treaty or other international obligation,” her filing stated. (Emphasis added) The filing added that “whether national standards fully satisfy the requirements of international law must be carefully assessed on a case-by-case basis.” Ms. Arbour’s filing sought to convince the Supreme Court how important it was to take her legal conclusions seriously because of her “great expertise in the interpretation and application of international human rights law, in both conventional and customary form, in a wide variety of contexts.”

The Supreme Court evidently paid heed to Ms. Arbour’s advice, rendered in her capacity as then-UN High Commissioner for Human Rights, and decided that foreign terror suspects designated as “enemy combatants” and held at the Guantanamo Bay military facility are nevertheless entitled to have their habeas corpus petitions heard in federal civil court. There will be nothing to stop Ms. Arbour from trying to do the same thing, in her current capacity as Special Representative of the UN Secretary General for International Migration, and intervene in U.S. judicial proceedings to protect the so-called “universal” rights of migrants who are seeking to enter this country illegally or who are already here illegally.

President Trump did the right thing in withdrawing the United States from this latest example of the UN globalists’ efforts to chip away at national sovereignty.

In Case You Missed It:  9-11-2001 NEVER FORGET
Posted in Terrorism and tagged Immigration, Migrants.