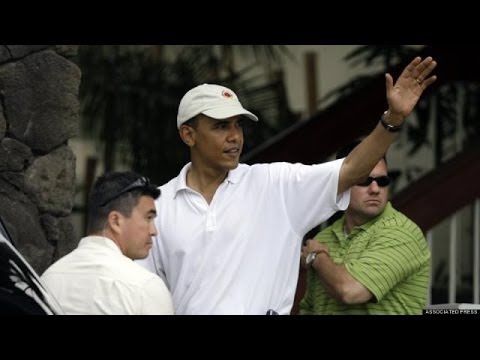 “Watch closely for Barack Obama’s fingerprints,” said Rep. Steve King (R-IA) on Saturday, suggesting the recent alleged partisan weaponization of state surveillance powers could be connected to the 44th president. “[Democrats and their allies] will defend Barack Obama at all costs, and they’ll defend Hillary Clinton almost at all costs unless they have to sacrifice her to protect Barack Obama,” he added.

The HIC memo alleges the commission of abuses of power by the FBI and Justice Department (DOJ) under the Obama administration in surveilling Page and Papadopoulos.

“Look at all of these investigations now,” said King. “Look closely for Barack Obama’s fingerprints. I’ve just identified some that I think are fingerprints, and I think this trail leads to the Obama presidency, to Barack Obama himself, but it’s going to take some time if we get there, and I’m not certain that the evidence trail necessarily leads there. There’s an indication trail that says we need to take a look and find out. But if it’s not Barack Obama, then who is it? Well, it’s Loretta Lynch, for example, and James Comey, and McCabe, and that cast of characters from Sally Yates on down. I don’t think we’ve ever seen such a long row of very high-level executive branch officials wrapped up in something here that is political partisanship, weaponizing the FBI and DOJ to do opposition research that was stimulated by the presidential candidate Hillary Clinton and [paid for with her] and the DNC’s checkbooks.”

House recalled Obama’s denial — made during an interview with Fox News Channel’s Chris Wallace on April 10, 2016 — that partisan and political considerations would afford Hillary Clinton favorable treatment by the FBI and DOJ during ostensible federal investigations into her negligent handling of classified information via email and other telecommunications during her tenure as secretary of state.

WALLACE:  Mr. President … some people I think are worried whether or not — the decision whether or not, how to handle the [Hillary email] case, will be made on political grounds, not legal grounds. Can you guarantee to the American people, can you direct the Justice Department to say, “Hillary Clinton will be treated as the evidence goes — she will not be, in any way, protected”?

OBAMA:  I can guarantee that. And I can guarantee that not because I give Attorney General Lynch a directive, [but because] that is institutionally how we have always operated. I do not talk to the attorney general about pending investigations. I do not talk to FBI directors about pending investigations. We have a strict line and always have maintained it.

WALLACE:  So, just to button this up —

OBAMA:  I guarantee it.

OBAMA:  I guarantee that there is no political influence in any investigation conducted by the Justice Department, or the FBI, not just in this case, but in any case.

WALLACE:  And she will be —

WALLACE:  And she will be treated no different —

OBAMA:  Guaranteed. Full stop. Nobody gets treated differently when it comes to the Justice Department, because nobody is above the law.

WALLACE:  Even if she ends up as the Democratic nominee?

OBAMA:  How many times do I have to say it, Chris? Guaranteed.

During his interview with Wallace, Obama further claimed that Hillary Clinton “would never intentionally put America in any kind of jeopardy.” King linked Obama’s description of Clinton’s supposedly good intentions to the Obama administration’s ultimate exoneration — via James Comey’s statement on July 5, 2016 — of the former first lady on the grounds of an alleged lack of intent to feloniously mishandle classified information.

“[The FBI was doing] opposition research [into the] Trump campaign,” said King. “To think what that means, it looked to me like it was a fishing expedition. They had targeted Carter Page because they saw that he had direct communications with Trump, and they wanted to pick up anything they could pick up on him that could be leaked to the press.”

“This is an arrogance of being high-level operatives in the FBI and DOJ,” said King. “To take your profession that you’re paid to do and decide that you know best who should be president of the United States, and that should be Hillary Clinton.”

Democrats, their consultants, and their news media allies will “manufacture arguments… without regard to truth [and] without regard to being objective” on the issue of political and partisan weaponization of the FBI and DOJ in order to “move public opinion,” said King.

“[Democrats want] to destroy the credibility of the objective truth,” added King. “They will defend Barack Obama at all costs, and they’ll defend Hillary Clinton almost at all costs unless they have to sacrifice her to protect Barack Obama.”

In Case You Missed It:  EVIDENCE: Covid plandemic was being schemed at least as far back as 9/11
Posted in Freedoms and tagged Clinton, Obama, Obamagate.

From Fox News: President Trump said the recently released memo alleging intelligence abuse during the FBI investigation into the 2016...