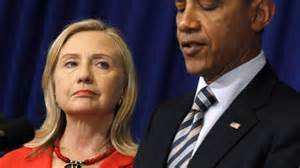 “Round up the usual suspects,” will be as far as the Democrats will be willing to go in the wake of the FISA memo’s release. There is nothing in that memo that anyone following the Special Counsel Robert Mueller’s investigation doesn’t already know.

All the memo does is corroborate the bread crumbs left behind by a drip feed of leaks, counter-leaks and good ol’ fashioned investigative journalism.  Since the memo is based on actual evidence that the FBI admits is real but will not allow us to see, the memo itself can be taken as fact.

The FBI has the evidence.  They’ve showed it to the House Intelligence Committee.  Both agree on the facts.  So, by extension, the memo is all the evidence we need.

Put that in your DNC-scripted talking point pipe and blow it out your ass.

Now that the timeline and paper trail have been determined the real implications of the memo and its facts can be discussed.  I’m no longer interested in the game of cut and thrust to stop the truth from coming out.

I’m only interested now in the conclusions we can draw from the memo itself.

And those conclusions are chilling.

The out-going Obama administration, at the highest levels in coordination with the media, conspired to create news stories that supported a FISA warrant based on politically-motivated opposition research to undermine the newly-elected President of the United States.

Moreover, it knowingly omitted material facts to the court not once, but four times, to keep that surveillance warrant open in service of this operation.  A warrant the FBI deputy director, Andrew McCabe, testified under oath to Congress that was key to its issuance.

They knew the dossier on Trump, compiled by Michael Steele, was unverifiable. They hid its origin and motivation from the court.  The information from this warrant and the details of the dossier were used to move public opinion and Congress into supporting Robert Mueller’s investigation.

But, to what end?

To disgrace and force from office the President of the United States.  Thus, these people, and the leadership of the Democratic Party, President Obama himself and Hillary Clinton’s staff all conspired to criminally disenfranchise more than 60 million Americans who voted for Donald Trump.

To say that this is bigger than Watergate is like calling World War II a minor kerfuffle.

What About the Voters!?

Think about this for one second and you know what I’m saying.

All of these people are guilty, at a minimum of corruption, conspiracy and fraud.  I’m no legal scholar, so I’m sure the list of offenses is longer than one of Hillary Clinton’s tirades after someone criticized her latest pantsuit atrocity.

This ultimately opens all of these organizations up to the biggest civil rights class action lawsuit in the history of this country.  The Obama administration and the Democratic Party used opposition research to paint a false narrative of corruption in the Oval Office to discredit the election.

How many riots and street demonstrations did we see in 2017 as outraged and triggered liberals ran around smashing in windows and beating people up because of their delusion based on a lie?

How many hours of lost productivity did the country suffer because of FBI complicity in an operation to overturn a legal election?

How many millions in property damage?  Destroyed careers?

What about the direct victims of this disgusting display of government corruption taken to its logical conclusion?

Why is Michael Flynn nearly bankrupt after being hounded by Mueller for months only to get a nothing guilty plea on the thinnest of procedural offenses?

When the corruption is this venal isn’t it our right under the Constitution to petition our government for a redress of grievances?  Who do we sue?

Because there’s material harm here and someone should be held responsible.  This began under Obama’s watch.  He set this whole process in motion.  High ranking members of his cabinet are directly implicated by the facts in the memo.

And the memo is just the beginning of the discovery phase of this very public trial.

But, I want more than that.  I want it all out in the open. And I want those responsible, those for whom the titles, salaries, benefits and power we bestow on them to do our work, to stand up and be accountable.

And if they are too venal, feckless and narcissistic to admit these things, then we’ll drag them through the most embarrassing of show trials.

And that means stripping them of their wealth, power and privilege.

It means turning off their house organs in the media; outing the enablers, leakers, trolls and spooks.

It means releasing everything, unredacted, in the name of national security.

It means reminding them of just how much all of that depends on our consent, not theirs.

Because if we don’t demand these things, then next time there won’t even be the pretense of an election.

We have entered a parallel universe where Hillary Clinton is utterly and completely silent.  She has not tweeted since her ill-advised attempt to explain away her culpability for protecting an abuser on her staff.

Not for the State of the Union.  Nothing.

Not before or after the release of the FISA memo.  Crickets.

For 14 months, has Hillary ever…ever…failed to send out snarky tweets regarding Trump administration actions?

Perhaps for the first time in her life, this woman is afraid…

In Case You Missed It:  Why Has the US Election Process Been Ceded to the USPS Despite It Being Unionized and 92% of Its Donations Going to Democrats?
Posted in Tyranny and tagged Clinton, Crime, FBI, Obama, Obamagate.

A classified memo on potential FBI abuse of government surveillance was released Friday, and some lawmakers say that it suggests...