The US Department of Justice files undisclosed criminal charges against Wikileaks founder Julian Assange, critics such as the American Civil Liberties Union (ACLU) warn that prosecuting Assange could lead to crackdowns on other journalists and news organizations. 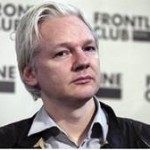 The specter of a criminal prosecution of Julian Assange arising from his role in facilitating various disclosures of classified national security information, and its potential implications for press freedom in the United States. The Assange case could pose such a troubling precedent for the press

So if there’s a First Amendment defense to the unlawful disclosure of classified national security information, the test (if not its application) should be the same regardless of whether the disclosure is by someone we all agree is a reporter, someone who’s actually a foreign agent, or none of the above.

Barry Pollack, a U.S. lawyer on Assange’s team, told the New York Times: “The news that criminal charges have apparently been filed against Mr. Assange is even more troubling than the haphazard manner in which that information has been revealed.” Pollack continued, “The government bringing criminal charges against someone for publishing truthful information is a dangerous path for a democracy to take.”

Assange has been holed up in the Ecuadorian embassy in London since 2012, after seeking protection against sexual assault allegations in Sweden. While the initial arrest warrant has since been revoked, if Assange leaves the embassy he runs the risk of being apprehended by UK authorities and extradited to the United States, a process greatly facilitated by the recent criminal charges.

Ecuador’s President Lenín Moreno sees Assange as an “inherited problem” impacting the country’s relations with the United States. Hanging in the balance for Ecuador could be a military base and an International Monetary Fund loan.

Assange’s recent legal case protesting new asylum conditions was rejected by a court in Ecuador. Meanwhile, his health deteriorates in what amounts to solitary confinement without access to sunlight or fresh air. His contact with the outside world remains severely curtailed.

The ACLU calls the Espionage Act “a fundamentally unfair and unconstitutional” liability law that treats whistleblowers exposing civil rights violations the same as spies selling damaging documents to foreign dictators. The Act enables leaked material to be retroactively categorized as classified, and with little justification.

It also makes the legal defense of whistleblowers almost impossible. As Jesselyn Radack, Director of the Whistleblower and Source Protection Program at ExposeFacts, wrote in a 2014 op-ed entitled “Why Edward Snowden Wouldn’t Get a Fair Trial“: “First Amendment arguments have failed, largely because they would criminalize the journalism made possible by the ‘leaks.’ The motive and intent of the whistleblower are irrelevant. And there is no whistleblower defense, meaning the public value of the material disclosed does not matter at all.”

If they charge Asange for publishing LEAKED documents then the main stream media could also be charged.

In Case You Missed It:  German study finds that COVID-19 vaccines perpetuated the pandemic and caused immune system failure
Posted in Freedoms and tagged WikiLeaks.