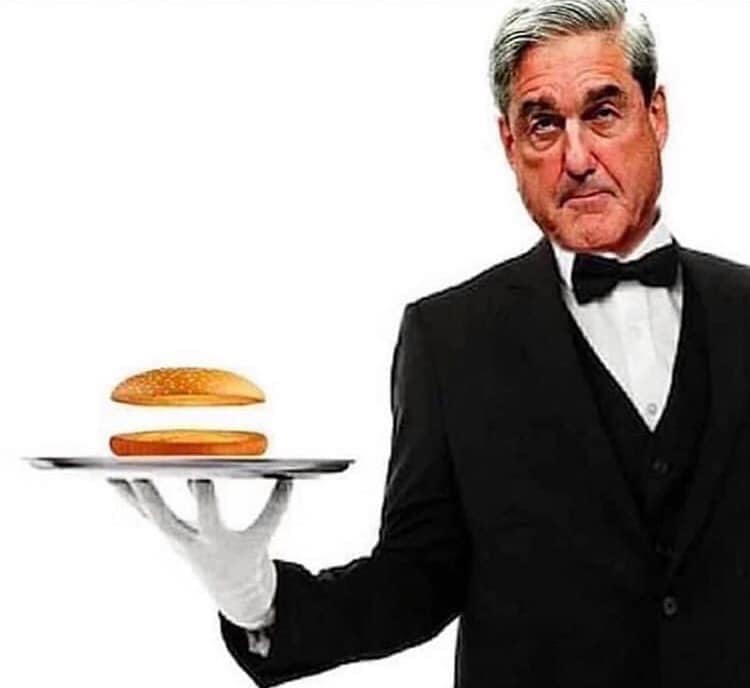 Steele’s dossier, cautioning them that it was opposition research connected to Hillary Clinton’s campaign and might be biased, After a two-year long witch hunt against the president, Robert Mueller has finally ended his investigation, no new indictments will ht charged,  in other word no collusion was found.

This brings to a better question, how was the investigation inspired to start in the first place, how could something that NEVER happened be investigation, who made up such false allegation against a sitting president? Was it political in motive?

There are no new indictments in the final report and no evidence of Russian collusion with the Trump campaign, which is what Mueller was supposed to be focusing on, not past business dealings between Paul Manafort and the Ukraine.

Will CNN and MSNBC apologize to their audiences for repeatedly lying about Russian collusion? Will they take responsibility for worsening Trump Derangement Syndrome among millions of mentally ill liberals? Of course not. They’ll simply move on to their next deception without missing a beat.

The Democrats made sure the Mueller witch hunt continued through the midterm elections to put a cloud over the Republicans to help their party fool people into voting for them, which enabled the crooked Nancy Pelosi to become Speaker of the House again.

In a sane, non-partisan world, the Mueller investigation would have never been started since it was based on the Steele Dossier, which was a smear-campaign hoax perpetrated by the Clinton campaign against Donald Trump.

Simple common sense would have ruled out any “collusion” between Russia and the Trump campaign since Trump is a billionaire and billionaires don’t need to sell their countries out to become rich.

Hillary Clinton and Barack Obama however arranged the Uranium One treason deal with Russian, for which Hillary got at least $145 million in thinly disguised bribes to the Clinton Foundation for letting Russia get control of 20 percent of America’s uranium.

The Russian Collusion investigation also covered up a Clinton scandal involving Wikileaks exposing what a double-talking crook Hillary is thanks to the leaking of her e-mails by Seth Rich, who was murdered in the middle of the night by thugs working for either Clinton and/or the DNC. The liberal media conveniently ignores the damning info in the e-mails and the obvious political execution of Seth Rich and has been repeating the lie that Russia released the e-mails, which never made any sense. If Russia did have blackmail info on Hillary, they would want her to become president so that they could control her. Given the Uranium One deal, Hillary had already colluded with Russia to sell out her country for bribes.

Another reason for dragging out the Mueller investigation as long as possible was to delay any investigations of Hillary for treason, Mueller for his part in Uranium One, Rosenstein for lying to a FISA court and Obama and Hillary for spying on the Trump campaign during the 2016 election. The top level of the Democrat party is full of criminals, and they want to keep Trump on the defensive. That’s why Schiff and Nadler are starting all new witch hunt investigations of Trump after Mueller’s witch hunt winds down.

Trump should now do what he should have done two years ago: Begin the prosecutions of Hillary and other Deep State criminals. Leaving these people unprosecuted is like leaving a rattlesnake free to slither around in your backyard. The last two years of judicial abuse by Robert Mueller is proof of what happens if you don’t go on the offense: The Dems will go on the offense with made up accusations.

In Case You Missed It:  How to Tell What the Government Fears Most
Posted in Freedoms and tagged FBI.

Many on the left are calling for the nation to get rid of the Electoral College. And it appears that...