A mob of 8 – 10 Somalis Muslim terrorist attacked a group of travelers at the East Bank Light Rail Station in Minneapolis, Minnesota. 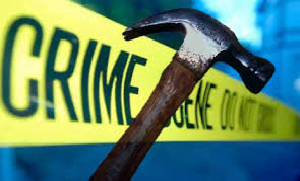 The attack occurred on Friday but for some reason the media has been stone cold silent on the attack, the attackers and the victims, Alpha News reported.

A mob of eight to 10 males wielding hammers descended upon bystanders at the East Bank Light Rail station on Friday night injuring several, according to recorded police dispatch audio.

The incident was apparently reported to 911 just before 10 p.m. on Friday according to the audio and other social media police scanner reports. A 9:48 p.m. Facebook post on 2nd Precinct Minneapolis Crime Watch page said that University of Minnesota (U of M) police were requesting assistance from Minneapolis police (MPD) and Metro Transit police for “a group of 8-10 males chasing people with hammers” and that some people were injured. A Facebook post a minute later on Minneapolis Scanner page said that the three police departments were responding to “multiple [911] calls” about “10-12 Somali teen males armed with hammers chasing people,” also with “several injuries reported.” Both Facebook pages regularly post summaries of police scanner audio.

A person who claimed on social media to have been at the station when the incident occurred said that the group of males had “hammers and bars,” and that they seemed to be “attacking anyone who looked like they had money or were white.” The witness, who said he isn’t white, said he didn’t want to “[take] on a bunch of dudes with blunt objects,” and that he “hurried an older white lady away” and they walked a few blocks to catch a bus.

On Wednesday there was an attempted robbery at the same location during which two U of M students were injured, according to a media report. It’s unknown whether these incidents are related.

By RYAN SAAVEDRA A new bombshell report just released exposes that an operative for the Democratic National Committee (DNC) reached out...