Ho hum, just more catastrophic predictions to add to the heap of failed predictions that a lot of alarmists and media conveniently ignore. 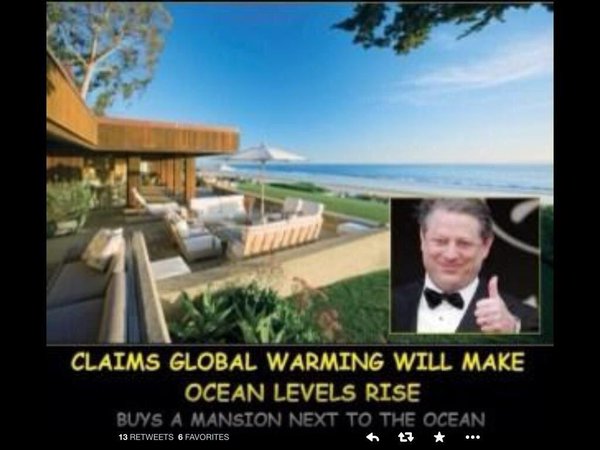 The Global Environment and Marine Department of the Japanese Meteorological Agency recently corrected the long term trend in the annual mean sea ice extent in the Antarctic area, reporting more than a 25% adjustment (15,000 sq km to 19,000 sq km). So while chunks the size of Manhattan may break off from time to time, about 300 Manhattans of new ice get added annually. Researchers also add that the annual maximum and annual mean sea ice extents have shown a long term trend of increase since 1979. (1)

A number of other studies have been showing the opposite of what was predicted earlier has been happening down at the south Pole, except for volcanic activity beneath parts of the Antarctic ice shelf. Recent data have been presented for 11 Antarctic stations under operation, scattered along the Antarctic coastline and operated by various countries. These are not impacted by volcanic activity.(2)

Results? Zero warming which is really inconvenient news for global warming alarmists. Just when they predicted the south Pole would warm and start a dramatic melting, the opposite has in fact happened.

Like the fact that Antarctica’s stations were in fact cooling somewhat rather than warming, this also comes as a surprise. June 1st, with the Arctic melt season in earnest, is a good time to check Arctic ice volume. Here as well we find an equally surprising trend. Instead of shrinking rapidly, as is often claimed by the global warming alarmist scientists and media, Arctic sea ice volume has not shrunk in 13 years. In fact, the ice has in reality even grown a bit. And when we look at Arctic sea ice volume each year for June 1st this decade, early June ice volume has trended up over the current decade. (3)

Pierre Gosselin asks, “How can anyone say the Arctic ice has been rapidly melting recently? The answer is they can’t. Anyone claiming otherwise is just plain lying.”

Officials as Glacier National Park (GNP) have begun quietly removing and altering signs and government literature which told visitors that the Park’s glaciers were all expected to disappear by either 2020 or 2030. (4)

In recent years the National Park Service prominently featured brochures, signs and films which boldly proclaimed that all glaciers at GNP were melting away rapidly. But now officials at GNP seem to be scrambling to hide or replace their previous hysterical claims while avoiding any notice to the public that the claims were inaccurate. Teams have noted that GNP’s most famous glaciers such as the Grinnell Glacier and the Jackson Glacier appear to have been growing—not shrinking—since about 2010. The Jackson Glacier may have grown as much as 25% or more over the past decade. (4)

As recently as September 2018 the diorama in the visitors center displayed a sign saying GNP’s glaciers were expected to disappear completely be 2020.

But at some point during this past winter workers replaced the diorama’s ‘gone by 2020’ engraving with a new sign indicating the glaciers will disappear in ‘future generations.’

The ‘gone by 2020’ claims were repeated in the New York Times, National Geographic and other international news sources. But no mainstream news outlet has done any meaningful reporting regarding the apparent stabilization and recovery of the glaciers in GNP over the past decade. Even local Montana news sources such as the Missoulian, Billings Gazette and Bozeman Daily Chronicle have remained utterly silent regarding this story.

A recent report by Daniel Greenfield covers the GNP fiasco in detail, ending this this biting observation, “The glaciers of GNP seem likely to outlive the environmentalist who had spent the bulk of his career predicting their doom. And, if the Department of the Interior cleans house, they will outlive his career.” (5)

Aylin Woodward wrote in Business Insider, “Hawaii’s iconic Waikiki Beach could be engulfed by the ocean in 20 years—here’s the plan to save it.”

Ho hum, just more catastrophic predictions to add to the heap of failed predictions that a lot of alarmists and media conveniently ignore.

If U.S. Can’t Deport Illegal Aliens Who Have Been Ordered Deported, Who Can We Deport?

Sen. Tom Cotton (R-AR) questioned who federal immigration officials are allowed to deport if not illegal aliens who have already...