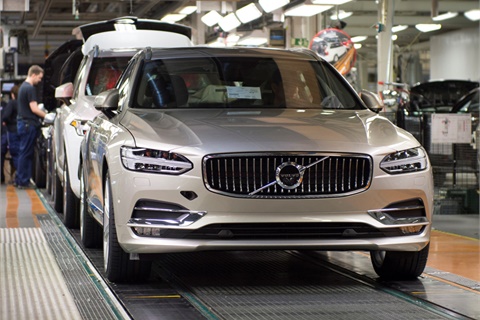 The CEO of Volvo warns that the company is considering moving its headquarters out of Sweden in the future, due to a rise in violent crime from Migrants.

Håkan Samuelsson told a conference that the car maker was losing its appeal to foreign experts and engineers and further explained his concerns during an interview with SVD Näringsliv.

We are building cars, we cannot solve the other problems, someone else must do that,” the CEO said, adding that it is becoming more difficult to attract workers due to Sweden’s worsening reputation.

“It’s definitely not helping when people read about shootings in Gothenburg and wonder if they really dare to move to Gothenburg,” said Samuelsson.

The liberal country’s immigration policy, as many for the foreign youths wreaking havoc lacked even basic identification papers.

The admission that Nordstan has become a lawless hotspot comes as Swedish police last year issued a report where it detailed incidents from more than 55 areas which it branded as “no-go zones”.

If the situation does not improve, the Volvo CEO warned that the company may even have to consider leaving Sweden in the future.

“Often people believe that decisions like these are taken by senior management or in China. But the fact is that we will only place our headquarters in a country where things work. At the moment, we are not close to such a discussion. But yes, it is something that might happen in the future,” said Samuelsson.

As we have previously highlighted, surveys show that migrants are vastly overrepresented in violent crime and rapes in Sweden, but the government stopped gathering official statistics back in 2005.

This was long before the problem was exacerbated by the arrival of over 150,000 new “refugees” mainly from Islamic countries from 2015 onwards.

Swedish author Björn Ranelid recently warned that the level of crime and violence the previously sedate country is experiencing amounts to a “small scale war”.

Liberals told us diversity was our strength, its turning out to be a nightmare.