As coronavirus cases continue to rise around the world, a group of Australian experts predict that the economic impact of the disease in the best-case scenario may total $2.4 trillion in lost global gross domestic product. 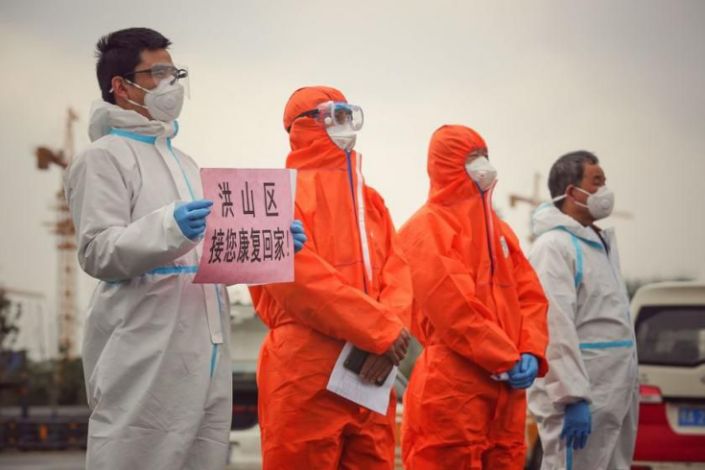 The coronavirus outbreak that originated in Wuhan, China, has killed nearly 3,300 people and infected more than 95,000. The virus, which causes a disease known as COVID-19, has spread to at least 81 countries.

More than 150 cases have been reported in the US, including 11 deaths across two states. The World Health Organization has declared the outbreak an international public-health emergency and warned that the window of opportunity to contain it is narrowing.

On Tuesday, the WHO noted that the global death rate for the novel coronavirus based on the latest figures was 3.

4% — higher than earlier figures of about 2%. The WHO’s director-general, Tedros Adhanom Ghebreyesus, said the new coronavirus was “a unique virus with unique characteristics.”

While much is still unknown about the virus, the group of Australian experts has produced a warning about the impact the virus might have on people’s lives if left unchecked.

Australian researchers estimate the economic impact of the virus

New modeling from The Australian National University looks at seven scenarios of how the COVID-19 outbreak might affect the world’s wealth, ranging from low severity to high severity.

Four of the seven scenarios in the paper examine the impact of COVID-19 spreading outside China, ranging from low to high severity.

A seventh scenario examines a global impact in which a mild pandemic occurs each year indefinitely.

But even in the low-severity model — or best-case scenario of the seven, which the paper acknowledged were not definitive — ANU researchers estimate a global GDP loss of $2.4 trillion, with an estimated death toll of 15 million. They modeled their estimates on the Hong Kong flu pandemic, an outbreak in 1968-1969 that is estimated to have killed about 1 million people.

In the high-severity model — modeled after the Spanish flu pandemic, which killed an estimated 17 million to 50 million globally from 1918 to 1920 — the global GDP loss could be as high as $9 trillion.

In that model, the death toll is estimated to surpass 68 million.

“Our scenarios show that even a contained outbreak could significantly impact the global economy in the short run,” said Warwick McKibbin, a professor of economics at ANU who was one of the paper’s authors.

“Even in the best-case scenario of a low-severity impact, the economic fallout is going to be enormous and countries need to work together to limit the potential damage as much as possible,” he added.

The research aims to help policymakers respond to the economic impact of COVID-19 as the disease continues to spread.

“There needs to be vastly more investment in public health and development, especially in the poorest countries,” McKibbin said. “It is too late to attempt to close borders once the disease has taken hold in many other countries and a global pandemic has started.”

The death toll is still evolving

A patient’s risk of dying from COVID-19 varies based on several factors, including where they are treated, their age, and any preexisting health conditions.

A study conducted last month from the Chinese Center for Disease Control and Prevention showed that the virus most seriously affected older people with preexisting health problems.

The data suggests a person’s chances of dying from the disease increase with age.

Notably, the research showed that patients ages 10 to 19 had the same chance of dying from COVID-19 as patients in their 20s and 30s, but the disease appeared to be much more fatal in people ages 50 and over.

About 80% of COVID-19 cases are mild, the research showed, and experts think many mild cases haven’t been reported because some people aren’t going to the doctor or hospitals for treatment.

SXSW canceled, Emerald City Comic Con postponed because of coronavirus (and this is just the start)

This article was sourced from Hot Air

Pundit wrote about concern that the coronavirus is likely to spread dramatically in the United States in the coming weeks.

He mentioned the strategy of “social distancing” which could lead authorities in infected areas to shut down schools and other social gatherings. Already today some major public events are being cancelled. This morning the organizers of Emerald City Comic Con in Seattle announced the event would be We have been closely monitoring the situation around the COVID-19 virus in Seattle, and, after many hours of conversation internally and consultation with local government officials and the tourism bureau, we have decided to move next week’s Emerald City Comic Con to Summer 2020 with date and detail announcement forthcoming.

We did everything that we could to run the event as planned, but ultimately, we are following the guidance of the local public health officials indicating that conventions should now be postponed.

Our hearts go out to the entire Seattle community, everyone impacted by the COVID-19 virus, and all of you, the nearly 100,000 amazing human beings who look forward to this event each year.

Our team was incredibly excited to see you at Emerald City Comic Con next week, however, fans, artists, exhibitors and the rest of the community are what make Reedpop events so special and it is our duty to make sure that your safety comes first.

Washington state, in particular Seattle, has been the area of the U.S. hardest hit by the virus. Thirteen people have died from the disease so far. Concern about spreading the virus led the University of Washington to announce today that it would cease all in-person classes for the rest of the semester:

The University of Washington said on Friday that it would cancel in-person classes and have students take courses and finals remotely while the Seattle area grapples with a growing coronavirus outbreak, in a move that other colleges around the country are preparing to follow if the virus becomes more widespread…

The University of Washington, with 50,000 students on three campuses across the Seattle region, was apparently the first large college in the United States to make the shift entirely to online classes amid virus concerns.

It said the change would begin Monday and continue through the remainder of the winter quarter, which ends March 20. The university’s president, Ana Mari Cauce, said she was hopeful that normal classes would resume during the spring quarter.

But the concern isn’t limited to Seattle. Also today, the SXSW festival was cancelled by the city of Austin:

The City of Austin has cancelled the March dates for SXSW and SXSW EDU. SXSW will faithfully follow the City’s directions.

We are devastated to share this news with you.

“The show must go on” is in our DNA, and this is the first time in 34 years that the March event will not take place. We are now working through the ramifications of this unprecedented situation.

As recently as Wednesday, Austin Public Health stated that “there’s no evidence that closing SXSW or any other gatherings will make the community safer.” However, this situation evolved rapidly, and we honor and respect the City of Austin’s decision. We are committed to do our part to help protect our staff, attendees, and fellow Austinites.

This could be just the start.

In Iran, schools are closed and Friday prayers have been cancelled. The country has even emptied prisons to prevent the disease from spreading there. And still, earlier this week, someone shot a video of dozens of bodies stacked inside and Iranian morgue

Iranian city of Qom Hospital. Many Iranians die from the Corona virus pic.twitter.com/xYAh4BpfbT

In Italy entire towns are shut down. Schools and public parks are closed. There are no public events taking place, not even funerals. Today Italy announced a big jump in the number of coronavirus deaths.

The death toll from the new coronavirus in Italy has risen to 197 after the largest daily increase in fatalities there since the outbreak began….

The government this week ordered the closure of all schools for 10 days as it battles to contain the outbreak.

All professional sport, including Serie A football matches, will also be played behind closed doors for a month…

The BBC’s Rome correspondent Mark Lowen tweeted that a resident in the quarantined Italian town of Codogno told him the most upsetting thing for many people there is that funerals are not being permitted for coronavirus victims because of the need to limit gatherings.

So cancelling a few major events and closing schools could be just the start if the spread of the virus isn’t contained.

This article was sourced from Yahoo-News

Posted in Science and tagged Coronavirus.

Matt Schlapp Wants You to Love America: ‘Feel Pride in What You’re Doing’

The Conservative Political Action Conference is the nation’s largest annual gathering of conservative activists, attracting thousands of people to the...