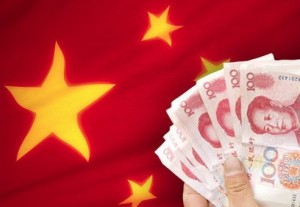 The People’s Republic of China is an existential threat to the national security, health, and prosperity of the United States.  Communist China has viewed the U.S. as its primary enemy since its founding by Mao Zedong in 1949.  For Beijing, the idea of the Chinese people embracing American-style freedoms is always a threat to their rule.  We are a threat to them just by being who we are.  As such, we must be attacked.

Over the years, the Chinese Communist Party (CCP) has expanded its economy and military relentlessly, intending to supplant America in world prominence.  And now, with a doddering and corrupt Joe Biden in the Oval Office, the CCP may be in a position to make their boldest moves yet.

For insight on their strategy, we turn to a brilliant book, Unrestricted Warfare. China’s Master Plan to Destroy America, written by two PLA colonels, which contends that war between the U.S. and China is inevitable. With that premise, the book says the CCP must be prepared to use whatever means are necessary to achieve victory. These actions include economic warfare, cyber warfare, information warfare, political warfare, terrorism, biological warfare, and conventional and nuclear warfare. The book’s purpose was to shape Chinese policy and set U.S. policymakers’ idea that the CCP regards nothing off the table. By understanding the lengths to which the CCP is willing to go, they hope the U.S. might prefer some accommodation instead of open conflict.

The CCP operates a vast intelligence network in the US. It is made up not merely of intelligence operatives working for the Ministry of State Security, but also a myriad of business and industry officials, Chinese scholar associations, Confucius Institutes operating on American campuses, and 370,000 Chinese students attending American universities. Every one of these Chinese citizens is subject to Article 7 of the PRC’s National Intelligence Law of 2017, which requires that “any organization or citizen shall support, assist, and cooperate with state intelligence work.” Students and others must report to handlers in Chinese consulates and embassies about who they meet, the research they’re working on, and whatever else is demanded.

They weaken us from within, which leads us to the COVID pandemic

Then they weaken us from within, which leads us to the COVID pandemic.  While we are not entirely sure the Wuhan Institute of Virology created the virus, it likely did.  We will probably never know the whole truth of what happened.

Dr. Li-Meng Yan has been a courageous whistleblower making headlines alleging that the coronavirus was manufactured inside the laboratory instead of a wet market.  She worked there as a virologist and alleged her seniors all knew about it and chose to keep it a secret.  Dr. Yan left Hong Kong fearing for her life and contacted authorities upon her arrival in Los Angeles in April 2020.  She met with the FBI to tell her story and provide them with evidence.

The wet market story may have been a ploy.  We know the CCP knew the virus had been released into their population for more than a month before they announced they had a problem.  They closed down China but allowed thousands of their citizens to travel to the U.S. and Europe to spread the virus.  They stockpiled personal protective gear leaving little available for other nations.  The CCP possibly wanted the U.S. and the EU damaged more than they would be by the virus.

Some would consider their behavior an act of war.  Regardless of whether the COVID originated in a wet market or was an accidental release from the virology lab, the CCP is to blame for its spread worldwide.  It was criminal for them to keep the nature of the virus secret from other nations in the early stages of the pandemic.  They may have knowingly harmed the U.S. in an election year to take out the president who stood up to them.  Never mind the hundreds of thousands of people around the globe who died in the process.

The CCP is an existential threat to the United States

And relations with the CCP may grow worse still.  With Joe Biden in office, they may view his weakness as their long-awaited opportunity to seize Taiwan.  They could probe with air patrols and naval incursions into Taiwanese waters to see what reaction they will get from the Biden administration.  If Biden’s response is as feckless and inept as they expect it to be, a full-on island invasion will likely occur with lightning speed.  This action will upset the balance of power and shipping lanes in the western Pacific and worldwide.  European and American dependence on Taiwanese computer microchips could cause an economic catastrophe across the developed world.  Could this nightmare scenario happen in the coming months? We may soon find out.

The CCP believes that a powerful America will eventually cause its demise.  Communism opposes individual freedom, and the example of American liberty may cause its population to arise and bring an end to the regime.  For this reason, any engagement with the Chinese government, any negotiation, any trade agreement, or another kind of understanding will ultimately fail.

The American public is slowly awaking to the CCP’s covert influence operations at all levels of U.S. society.  There’s a growing recognition that officials at all levels are targets of co-opting efforts, whether federal officials and congressional members or local universities, school boards, and mayors.

The CCP is an existential threat to the United States, and we must develop a new long-term strategy to address the danger.  There needs to be a significant decoupling from the Chinese economy.  It starts in Washington and works its way down to the institutions and individuals who boycott products made in China.  We must disengage with them and understand our security will be in jeopardy until we do so.  Our future depends on it.

Posted in Financial and tagged China.

After a year of the China Virus and the mayhem it caused across the globe we now have a better...