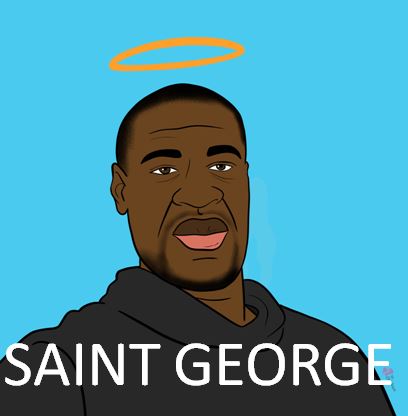 Today begins the 9th day of the prosecution in the Chauvin trial presenting their case-in-chief to the jury, and from the perspective of this small-town lawyer things don’t appear to have been going well for the state so far.

Indeed, things appear to be degenerating for the state, and badly.

Followers of this trial will remember how the state began its narrative of guilt to the jury.  Lots of emotion, sorrow over the loss of George Floyd, a man struggling with demons but dearly loved by his family and community.  We had an entire series of bystander witnesses still exhibiting the shock of having watched Floyd apparently die in the street. Many of those witnesses openly sobbed and cried on the witness stand, some to the point where court had to be recessed to allow them to recover and continue their testimony.

Powerful stuff, on an emotional level.

Eventually the state ran out of sobbing  and crying bystander witnesses, and the prosecution’s narrative was obliged to begin talking about facts.  And the apparent trend to my eye is that the more the state talks about facts, the more their narrative of guilt begins to closely resemble the defense narrative of innocence.

From the state’s telling, fentanyl had nothing substantive to do with Floyd’s death. Sure, Floyd was an addict, but that wasn’t a factor to which we should attribute his death, but merely another reason to sympathize with the struggling Floyd, who was after all still a loved human being despite his addictions.  Don’t pay any attention to the drug narrative, that’s not what killed Floyd! resulting from the pressure applied by all three officers holding Floyd prone. Or maybe it was positional asphyxia because they failed to put Floyd in the recovery position. Or maybe it was that the officers should have started chest compressions on the handcuffed, huge, and just-violent Floyd before EMS showed up. Or maybe, or maybe, or maybe … Does it really matter. Chauvin’s knee!!! Excessive force!!! Not a trained technique!!!

Unfortunately for the state, many of its own witnesses, especially its use-of-force and medical witnesses, whether existing MPD trainers or well-paid expert witnesses from out of town, have testified in ways that substantively undercut that narrative of the state.

So far in the state’s case we’ve heard the state’s own witnesses and experts testify that Chauvin’s knee was on Floyd’s back and shoulder blades, not his neck. We’ve heard them testify that not only was Chauvin’s force not excessive, he would have been privileged to use more force and declined to do so—a choice they characterized as de-escalation. We’ve seen photographs from MPD training materials showing officers being trained to place their knees on suspects in exactly the manner Chauvin had placed his knee on Floyd.None of that can be said to buttress the state’s still vague and ambiguous narrative of guilt.

Even now, 9 days in, we still don’t have an actual medical opinion of Floyd’s cause of death, other than cardiac arrest induced by apparent asphyxia.  Was that asphyxia caused by the officers charged in this case?  Perhaps.

Alternatively, is there an equally, or even more likely, explanation for Floyd’s death?  Perhaps the astonishing high levels of fentanyl in his system, and the fentanyl discovered (eventually) in both the Mercedes SUV Floyd was driving and the squad car from which Floyd achieved his violent escape.

After all, how does fentanyl kill? By depressing respiratory function. That is, by chemical induction of asphyxia. Which eventually, of course, will result in cardiac arrest.  Which is how Floyd died.

The more the case turns to drugs—not in the hypothetical sense of Floyd’s generalized and tragic life-long struggle with addiction, but in the specific sense that his body was full of a drug whose lethal effect was cessation of respiration—the more reasonable doubt is raised about the state’s claim that the causal factor in Floyd’s death was the officers charged in this case.

Yesterday we saw the state compelled to begin presenting witnesses—again, all state investigators or private scientists paid by the state—who provided concrete investigative, photographic, forensic, and chemical testimony about the lethal fentanyl found in both Floyd’s own vehicle and the squad car he fought his way out of. All of that moves the collective narrative away from Chauvin’s knee as a cause of Floyd’s death, and towards Floyd’s poorly made decision to hide his toxic drugs from police by ingesting them as being what killed him.

And that can only move the narrative of cause of death further from Chauvin’s knee and closer to Floyd effectively killing himself with a lethal overdose of fentanyl.

That can only raise even further reasonable doubt.

Juries are always dangerous and unpredictable things, and as a professional I know better than to place a wager on what a verdict might be.  That’s even more so the case when we have the dynamic of mob violence, rioting, looting, and arson hanging over this case, and a government unable or unwilling to meet its fundamental responsibility of securing the safety of its citizens and their property.

So there’s no way I’d be so bold as to say an acquittal in this case is certain, or even likely.

But on this 9th day of hearing the state make its best arguments, the prospects for acquittal look more, not less, likely each day.

That said, no one can know yet what this new day will bring from the state’s continued testimony of its witnesses and experts. Perhaps today will be the day that the state progresses closer to, rather than further from, a compelling narrative of Chauvin’s knee as the causal driver of Floyd’s death.

The best way to find out, of course, is to partake of our LIVE coverage of today’s trial proceedings, right here, with our live video feed and blogging throughout the day, followed by our end-of-day wrap-up of legal analysis and commentary of the day’s testimony this evening.

In Case You Missed It:  REPORT: Steve Scalise Could Be Back-Up For Speaker If Kevin McCarthy Doesn’t Get Enough Votes
Posted in Freedoms and tagged Freedom, Riots.

Black Lives Matter militants have stormed the Iowa State Capitol, in a move that would be described as an “insurrection”...