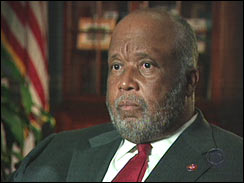 WASHINGTON – At a hearing in late March, the nation’s credit card companies faced the threat of expensive new rules from an unlikely regulator: the House Committee on Homeland Security, chaired by Rep. Bennie Thompson (D-Miss.).

The committee had never before dealt with credit card issues, but Thompson warned Visa, MasterCard and others that Congress might need to impose tighter security standards costing millions of dollars to protect customers from identity theft.

Behind the scenes, some of Thompson’s staffers sensed a different motive — an attempt to pressure the companies into making political donations to the chairman, according to several former committee staffers.

Mr. President, here’s how to lift our economy

Mr. President, here's how to lift our economy By Mitt Romney Today's White House jobs summit comes too late for...