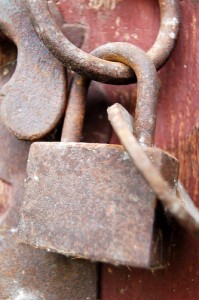 WASHINGTON — It’s hardly the image of transparency the Obama administration wants to project: A workshop on government openness is closed to the public.

The event Monday for federal employees is a fitting symbol of President Barack Obama’s uneven record so far on the Freedom of Information Act, a big part of keeping his campaign promise to make his administration the most transparent ever. As Obama’s first year in office ends, the government’s actions when the public and press seek information are not yet matching up with the president’s words.

“The Freedom of Information Act should be administered with a clear presumption: In the face of doubt, openness prevails,” Obama told government offices on his first full day as president. “The government should not keep information confidential merely because public officials might be embarrassed by disclosure, because errors and failures might be revealed, or because of speculative or abstract fears.”

Obama scored points on his pledge by requiring the release of detailed information about $787 billion in economic stimulus spending. It’s now available on a Web site, . Other notable disclosures include waivers that the White House has granted from Obama’s conflict-of-interest rules and reports detailing Obama’s and top appointees’ personal finances.

Yet on some important issues, his administration produced information only after government watchdogs and reporters spent weeks or months pressing, in some cases suing.

Those include what cars people were buying using the $3 billion Cash for Clunkers program (it turned out the most frequent trades involved pickups for pickups with only slightly better gas mileage); how many times airplanes have collided with birds (a lot); whether lobbyists and donors meet with the Obama White House (they do); rules about the interrogation of terror suspects (the FBI and CIA disagreed over what was permitted); and who was speaking in private with Treasury Secretary Timothy Geithner (he has close relationships with a cadre of Wall Street executives whose multibillion-dollar companies survived the economic crisis with his help).

The administration has refused to turn over important records. Obama signed a law that let the Pentagon refuse to release photographs showing U.S. troops abusing detainees, and Defense Secretary Robert Gates then did so. The Obama administration, like the Bush administration before it, has refused to release details about the CIA’s “black site” rendition program. The Federal Aviation Administration wouldn’t turn over letters and e-mails among FAA officials about reporters’ efforts to learn more about planes that crash into birds.

Just last week, a State Department deputy assistant secretary, Llewellyn Hedgbeth, said at a public conference that “as much as we want to promote transparency,” her agency will work just as hard to protect classified materials or information that would put the United States in a bad light.

“It’s either smoke and mirrors or it was done for the media,” said Jeff Stachewicz, founder of Washington-based FOIA Group Inc., which files hundreds of requests every month across the government on behalf of companies, law firms and news organizations. “This administration, when it wants something done, there are no excuses. You just don’t see a big movement toward transparency.”

The San Francisco-based Electronic Frontier Foundation, a civil liberties group, said it filed 45 requests for records since Obama became president, and that agencies such as NASA and the Energy Department have been mostly cooperative in the spirit of Obama’s promises. But the FBI and Justice Department? Not so much, said Nate Cardozo, working for the foundation on a project to expose new government surveillance technologies.

The FBI resisted turning over copies of reports to a White House intelligence oversight board about possible bureau legal violations. The FBI said it’s so far behind reviewing other, unrelated requests that it can’t turn over the reports until May 2014.

“This administration started with a bang, saying this was going to be a new day, and we had really high expectations,” Cardozo said. “We haven’t seen much of a change. The Justice Department said there would be a stronger presumption in favor of disclosure, but that hasn’t been the case.”

Obama has approved startup money for a new office taking part in Monday’s closed conference, the Office of Government Information Services. It was created to resolve disputes involving people who ask for records and government agencies. But as evidenced by the open-records event behind closed doors, there is a long way to go.

“We’d like to know, when they’re training agencies, are they telling them the same thing they’re saying in public, that they’re committed to making the Freedom of Information Act work well and make sure that agencies are releasing information whenever possible while protecting important issues like individual privacy and national security,” said Rick Blum, coordinator of the Sunshine in Government Initiative, of which The Associated Press is a member.

The closed conference will provide tips for FOIA public liaisons on communicating and negotiating with people who make requests, and introduce the new Office of Government Information Services to them, said Melanie Ann Pustay, director of the Justice Department’s Office of Information Policy, which takes the lead on government openness issues.

Pustay said she planned to say the same things at the private workshop that she would say publicly. She offered these reasons to explain why it was closed: She wanted government employees to be able to speak candidly, and the conference would be in an auditorium at the Commerce Department, where she said a government ID was required to be admitted. The AP and others news organizations routinely enter government buildings to cover the government.

Pustay said she is looking for ways to improve how the government responds to information requests, which costs roughly $400 million each year.

The director of the new Office of Government Information Services, Miriam Nisbet, said the event was closed to make sure there would be room for all the government employees attending.

“I can understand skepticism anytime a meeting for government people is not necessarily open to the public,” Nisbet said. “However, everything that is discussed there is absolutely available for the public to know about.”

In Case You Missed It:  Fauci Says COVID-19 Vaccines Don’t Protect Against Infection “Overly Well” — Admits It Didn’t Protect Him From Infection (VIDEO)
Posted in Tyranny and tagged Obama.

Russian security services behind the leak of ‘Climategate’ emails?

Suspicions were growing last night that Russian security services were behind the leaking of the notorious British ‘Climategate’ emails which...