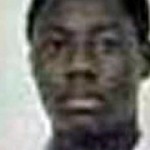 Michelle Malkin– The Independent of London has a piece up today on the wealthy, pampered lifestyle of would-be Christmas Day bomber Abdul Farouk Abdulmutallab.

The Nigerian elite engineering student studied at one of Britain’s leading universities, “lived a gilded life” and “stayed in a £2m flat.”(Approx $3.2M U.S.)

The Independent says Abdulmatallab’s privileged status is “surprising” — “a very different background to many of the other al-Qa’ida recruits who opt for martyrdom.”

Actually, there’s nothing surprising about it. The only surprise is that so many supposedly informed people — from British journalists to our own commander-in-chief — continue to perpetuate the myth of the poor, oppressed jihadist.

Abdulmutallab isn’t the first terrorist admitted to a Western institution of higher learning who spread fundamentalist Islam on campus.

*Al Qaeda mastermind Khalid Shaikh Mohammed enrolled at tiny Chowan College in Murfreesburo, N.C., which had dropped its English requirements to attract–ahem–wealthy Middle Easterners. At Chowan, Mohammed bonded with other Arab Muslim foreign students known as “The Mullahs” for their religious zeal. Mohammed then transferred to North Carolina Agricultural and Technical State University, where he earned his degree in mechanical engineering along with 30 other Muslims. Mohammed applied his Western learning to oversee the 1993 World Trade Center bombing plot (six Americans dead), the U.S.S. Cole attack (17 American soldiers dead), and the September 11 attacks (3,000 dead). He has also been linked to the 1998 African-embassy bombings (212 dead, including 12 Americans), the plot to kill the pope, the murder of American journalist Daniel Pearl, and the Bali nightclub bomb blast that killed nearly 200 tourists, including two more Americans.

*Ayman al-Zawahiri didn’t need more education or wealth to steer him away from Islamic imperialism and working toward a worldwide caliphate. He had a medical degree. So did former Hamas biggie Abdel Rantissi.

*Seven upper-middle-class jihadi doctors were implicated in the 2007 London/Glasgow bombings.

*Suspected al Qaeda scientist Affia Siddiqui, is a Pakistani who studied microbiology at MIT and did graduate work in neurology at Brandeis.

* Osama bin Laden did a summer school stint at Oxford.

As I noted last summer, Barack Obama clings, like so many willfully blind, to the myth of the poor, oppressed jihadist in the face of years and years of contrary evidence. The “essence” of the 9/11 “tragedy,” he wrote days after that attack, “grows out of a climate of poverty and ignorance, helplessness and despair.”
This woeful misdiagnosis allows the apologist to treat deliberate, carefully planned evil acts of the long-waged Islamic war on the West as responses to social injustice.

Isn’t it time, once and for all, to banish the jihadi-as-victim canard to the trash bin of deadly dhimmitude?

In Case You Missed It:  The Jonestown Approach to Vaccination
Posted in Terrorism, Tyranny and tagged Ayman Al-Zawahiri, Islam, Jihad, Obama, Terrorism.

DHS Secretary Janet Napolitano said that the thwarting of the attempt to blow up the Amsterdam-Detroit flight this week demonstrated...