The young Arab was an Allah’s warrior against the US troops in Iraq, before he converted into Christianity and fled to Switzerland. He warns other Muslims not to murder in the name of Islam. 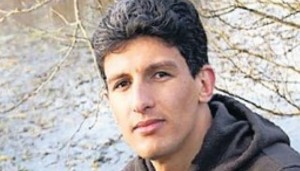 The ex-Muslim who calls himself Sultan should stay quiet, because that would be safer for him and he would not have to fear for his life. But he decided to speak out, and now he is sitting in a cafe in Zurich telling his story.

He is a young Arab with a thick black hair, brow eyes continuously observing his surrounding, a feature that made him a good Muslim terrorist.

Sultan’s story began ten years ago for a fight for his homeland in the Middle East, where the US was fighting the Muslim terror organization. It is a story resembling many young Muslim terrorists, who all wanted to enter the paradise and the receive 72 virgins.

And, it is a story of radical change.

When Sultan met his friends, members of the Islamic Brotherhood, he was a 16-year-old Muslim from traditional family, and not terribly religious. The Muslim boy enjoyed the cohesion is the Muslim group, its ideas and the radical Muslim rhetoric.

Good Muslims are intended to kill infidels as the Koran says; that is the only way to paradise and the 72 virgins.

Sultan attends school in the mornings; afternoons and evenings he spent reading the Koran. “I learned that Islam ought to be the most important part of my Muslim life. I wanted to fight for Islam – and I wanted to die for Islam.”

Sultan was ready when the US troops entered Iraq in 2003. Together with the other members of the Islamic Brotherhood, he traveled to Iraq, first to Baghdad, then to Fallujah and Ramadi. The goal of the holy warrior was to kill as many US soldiers and Marines as possible.

For three weeks Sultan fought the war against the infidel, then was smuggled to Syria by the Muslim Brotherhood. From Syria he returned his homeland, figuring out further plans to enter the paradise, working as tourist guide. While touring his homeland he wanted to die a martyr although he was now married to his cousin and had two beautiful daughters.

He worked as missionary to Islam, because that is part of every Muslim’s duty to covert the rest of the world into Islam – Dar al-Islam.

In 2008, he met a Christian, his father’s business partner. “I told her what Allah wanted, for her to become a Muslim. The women declines. She in turn told Sultan about her God – the real God, who wanted nothing to do with war and fighting. Only to love all people and not to force anyone to accept another faith.

“That was something I have never heard,” says Sultan. “I was always told that Allah only loves Muslims.”

The Muslim terrorist starts to learn about Christianity. He surfs the Internet and found a Christian missionary book in Arabic. After three days Sultan knows: “This is it.” He wants to covert into Christianity, but he does not realize the consequences.

When he told about his decision to his family and friends, he was told he’s naive. Only his brother and wife had sympathy for him. Everybody else told him he’s an unbeliever, one that has lost his true faith, which entails death penalty. The family of his wife urges her to divorce him, but she does not want to leave her husband.

She paid with her life.

Her father committed the traditional Muslim honor killing, stabbing his daughter to death with his dagger.

Fearing for his own life Sultan escapes, because he does not desire to go to the paradise anymore – he wants to live. He had to abandon his two daughters with his parents. He traveled to Syria and paid for getting smuggled to Switzerland. Now he sits in a cafe in Zurich as a Christian, a former Muslim terrorist of 25-years old.

He does look older, though.

Sultan applied for a asylum in Switzerland and was granted one as a persecuted Christian – one of the estimated 200,000,000 in the world living in the lands of Islam.

He wants to tell his story even if it means to be attacked by Muslims, threatened to be killed because he does not anymore believe in Allah.

Sultan has now a new job: He knows for sure that Muslim boys in his homeland still want to go to war against the infidels and die for Allah.

He shakes his head, ” I want to warn these boys. They should not kill for Allah. It is not worth dying for a f#@#*[email protected] Allah.”

MILAN (corriere.it) - Dozens of Muslim immigrants from North Africa rioted during the night in a multi-ethnic district of Milan,...