An AP article written by Samantha Young admits that all seven glaciers on California’s Mount Shasta are growing. The article then goes on to rhapsodize about global warming. 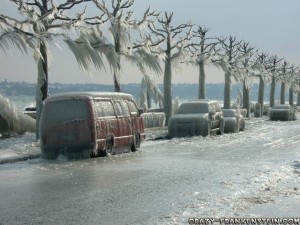 The seven tongues of ice creeping down Mount Shasta’s flanks “are the only known glaciers in the continental U.S. that are growing,” the article says.

How convenient. Let’s ignore Crater Glacier on Mount
St. Helens, which is not only growing, but is now larger
than it was prior to the 1980 eruption that entirely
obliterated it.

How convenient. Let’s ignore the fact that the glaciers
are growing on Washington’s Mount Shuksan.
(See http://www.iceagenow.com/Growing_Glaciers.htm)

How convenient. Let’s limit our discussion to the
continental U.S. That way we can ignore the glaciers
in Alaska that are advancing a third of a mile per year.

Oh, the article does throw a bone to Alaska. “Glaciologists say most glaciers in Alaska and Canada are retreating, too,” the article says, “but there are too many to study them all.”

How convenient. Let’s make sure to study only the ones
that are retreating.

“Although Mount Shasta’s glaciers are growing, researchers say the 4.7 billion cubic feet of ice on its flanks could be gone by 2100,” the article continues.

Let me see if I understand this. The glaciers on Mount
Shasta are growing (one has doubled in size) … but they’re
going to be gone by 2100?

“Climate change is causing roughly 90 percent of the world’s mountain glaciers to shrink,” the article continues.

How convenient. Let’s restrict our conversation to
mountain glaciers. Let’s ignore the East Antarctic Ice
Sheet, which covers almost five million square miles, and
is growing. Growing! The East Antarctic Ice Sheet is
almost 100 times bigger than all of the rest of the world’s
glaciers put together, which means that 90 percent of the
world’s glaciers are growing.

Ice is expanding in much of Antarctica, contrary to the widespread public belief that global warming is melting the continental ice cap,” says this article in The Australian.

“The results of ice-core drilling and sea ice monitoring indicate there is no large-scale melting of ice over most of Antarctica, although experts are concerned at ice losses on the continent’s western coast. 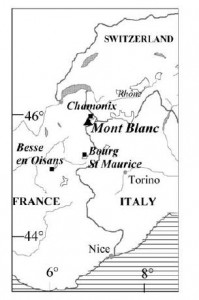 Mont Blanc, the highest mountain in France and western Europe, has grown more than two metres in two years … ironically as a result of global warming.”

“Generations of French schoolchildren were taught the famous peak was 4,807 metres tall, but it has been growing since 2003 and at a faster rate in recent months.

What the headline should have said. Instead, it shouted “Global warming makes Mont Blanc grow,” in what I consider a blatant attempt to hide the truth. A different paper entitled the story “Climate change making Mont Blanc even higher.”

Now let’s get down to the truth:

Such “growth” in mountains is specific to higher Alpine peaks, said Yan Giezendanner, a meteorologist.”Glaciers at high altitude seem to be growing, while those situated at mid or low altitude are melting, shrinking and threatened with extinction,” he said.

Anti-Semitism rampant in the land of Islam

A Jan. 21 item in the Jakarta Globe from Indonesia reported a speech by Mahathir Mohamad, the former prime minister...