The glory of socialist multiculturalism driven by mindless mass immigration. The stark reality of clash of cultures is all the more clear once one gets his or her hands on the actual data free from the elitists’ manipulation. 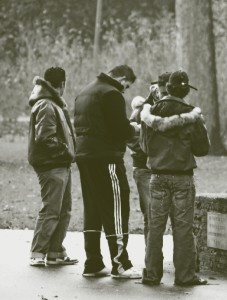 More than half of the Moroccan Muslim boys by his 22nd birthday has committed at least one crime. This research, published on Friday in the Journal of Criminology shows that. It is about 54 percent of boys and men in 1984 that were born in the Netherlands from at least one Moroccan parent. Of the Dutch men in that age group they committed 20.3 percent by their 23th birthday of one or more crimes.

Than Half of Moroccan Young Males Have Police File.

More than half of Moroccan young males between the ages of 12 and 22 have police files. One third of these are registered five or more times in the police’s HKS system. For young male immigrants from Surinam the figure is 43% and for young Turks it is 41%.

The average for Dutch males of the same age group is 23%. In addition 5% of all Dutch girls of that age group have a police file. For girls from Surinam it is 17 % and for Moroccan girls it is slightly under that figure. This research was based on those born in 1984 and was published in the Tijdschrift voor Criminologie (Journal of Criminology)

On 2 November 2004 Theodoor “Theo” van Gogh was assassinated by a radical Muslim Mohammed Bouyeri, a Dutch-Moroccan Muslim. Theo was was the great-grandson of the famous Dutch artist-painter Vincent van Gogh.

Netanyahu Faces Nation: We Can’t Pay ‘Any Price’ for Shalit