THE cancer doc who gave the Lockerbie bomber just three months to live admitted last night his prediction had been EMBARRASSING. 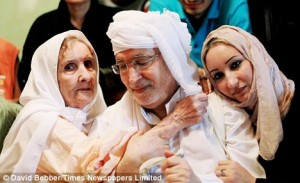 Lockerbie Bomber is hugged by his mother and daughter at home in Tripoli, Libya the day after his release from Scotland

The medical director of CancerPartners UK – who was paid £200 an hour for his services – assessed Megrahi for the Libyan authorities. The bomber was allowed home after being freed on compassionate grounds last August – and is still alive.

Last night Mr Sikora said: “It is embarrassing that he’s gone on for so long.

“There was always a chance that he would live for 10 years, 20 years – but it’s very unusual.”

Mr Sikora was drafted in by the Libyans to examine Megrahi. 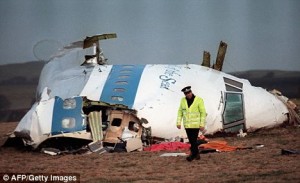 The damaged aircraft cockpit of Pan Am 103 that exploded killing 270 people over Lockerbie.

His prognosis was instrumental in getting him freed on compassionate grounds – and the killer was given a sickening hero’s welcome on his return to Libya.

Last night the professor denied the Libyans had put him under pressure.

But he admitted: “It was clear three months was what they were aiming for. Three months was the critical point. On the balance of probabilities I felt I could sort of justify (that).

Mr MacAskill had insisted there was “firm consensus” that the 58-year-old would die in three months – but it emerged the views of other experts who gave Megrahi at least 19 months were allegedly ignored.

The news was greeted with fury by families of the 270 people killed when Pan Am flight 103 exploded in 1988.

Megrahi is currently living his wife and five adult children in New Damascus.

A week of bloodshed in the run-up to important Mexican regional elections culminated overnight in a savage gunfight between rival...