NEW YORK – In the biggest spy swap since the Cold War, 10 confessed Russian agents who infiltrated suburban America were ordered deported Thursday in exchange for four people convicted of betraying Moscow to the West. 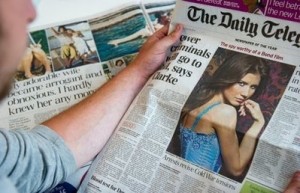 The 10 defendants, many speaking in heavy Russian accents despite having spent years posing as U.S. citizens, pleaded guilty to conspiracy in a Manhattan courtroom, were sentenced to time served and ordered out of the country.
U.S. officials announced that the Russian government would release four convicted spies to the U.S. in exchange for the 10 people captured last week in suburban homes across the Northeast. The swap carries significant consequences for efforts between Washington and Moscow to repair ties chilled by a deepening atmosphere of suspicion.
“The network of unlawful agents operating inside the United States has been dismantled,” State Department Mark Toner said. “No significant national security benefit would be gained from the prolonged incarceration in the United States of these 10 unlawful agents.”

Attorney General Eric Holder said the “extraordinary” case took years of work, “and the agreement we reached today provides a successful resolution for the United States and its interests.”

The Russian spies in the swap weren’t immediately identified, although arms analyst Igor Sutyagin was reportedly plucked from a Moscow prison and put on a plane to Vienna. Other candidates that Russia was reported to be offering included Sergei Skripal, a former colonel in the Russian military intelligence; Alexander Sypachev, a colonel in the Russian intelligence service, and Alexander Zaporozhsky, a former colonel in the Russian Foreign Intelligence Service.
The 10 suburban spies pleaded guilty in a Manhattan courtroom to conspiracy to act as an unregistered agent of a foreign country, were immediately sentenced to time served since their arrests last week and were ordered deported. One defendant’s attorney said a private plane was expected to take them to Russia within days.
An 11th defendant was a fugitive after he fled authorities in Cyprus following his release on bail.
The defendants — led into court in handcuffs, some in prison smocks and some wearing T-shirts and jeans, provided almost no information about what kind of spying they actually did for Russia. Asked to describe their crimes, each acknowledged having worked for Russia secretly, sometimes under an assumed identity, without registering as a foreign agent.
One, Andrey Bezrukov, smiled and waved to a supporter in the audience and had an animated conversation with another, Elena Vavilova. Vladimir and Lydia Guryev, who lived in the United States as a couple under the aliases Richard and Cynthia Murphy, sat side-by-side but didn’t speak.

Anna Chapman — whose sultry photos gleaned from social-networking sites made her a tabloid sensation — pulled back her mane of red hair as she glanced around the courtroom. A burly deputy U.S. marshal hovered behind her.
All the defendants stood and raised they right hands in unison to be sworn in before answering a series of questions from the judge, beginning with a request to state their true identities. Their answers were short and scripted, their 10 guilty pleas given one by one in assembly-line precision.
Chapman looked baffled when the judge asked if her secret laptop exchanged with a Russian official “were in furtherance of the conspiracy.” She finally looked her lawyer, shrugged and replied, “Yes.” Asked by the judge if she realized at the time that her actions were criminal, she said, “Yes I did, your honor.”
Assistant U.S. Attoney Michael Farbiarz said Russian officials had visited with the defendants numerous times in prison and he sought assurances that none of the pleas resulted from inducements that might have been offered by Russian authorities.

Attorney John M. Rodriguez said in court that the Russian government had promised his client, Vicky Pelaez, $2,000 a month for life, housing and documents to allow her children to visit Russia and have all their expenses paid. She said the promises did not induce her to plead guilty.
The arrests occurred more than a week ago, capping a decade-plus investigation. Authorities said the defendants were reporting what they learned in the U.S. to Russian officials.
Vladimir Guryev acknowledged that from the mid-1990s to the present day, he lived in the U.S. under an assumed name and took directions from the Russian Federation.
Asked whether he knew his actions were a crime, he said:
“I knew they were illegal, yes, your Honor.”
Sutyagin, a Russian arms control analyst serving a 14-year sentence for spying for the U.S., was reportedly taken from a Moscow prison and flown to Vienna earlier Thursday.

Sutyagin had told his relatives he was going to be among spies in Russia who would be freed in exchange for 11 people charged in the United States with being Russian agents. They said he was going to be sent to Vienna, then London.
In Moscow, his lawyer, Anna Stavitskaya, said a journalist called Igor Sutyagin’s family to inform them that Sutyagin was seen walking off a plane in Vienna on Thursday. However, she told the AP she could not confirm that claim with Russian authorities.

In New York, U.S. Attorney Preet Bharara said after that the investigation was aimed at uncovering and deterring espionage, and “not undertaken for the purpose of having a bargaining chip.”
He predicted the Russian government “is unlikely to engage in this methodology in the future and that’s a good thing. … The case sends a message to every other agency that if you come to America and spy on Americans in America you will be exposed.”

In Case You Missed It:  BIG BROTHER: Biden Administration Wants Americans To Report ‘Radicalized’ Friends And Family To Government
Posted in Freedoms and tagged Russia, United Socialist States of America.