In a series of events which has caused wide notice and a storm of protests, the government of Mexico, through its consulate in New York in the United Nations, has announced it will begin patrolling the New York City borough of Staten Island to “safeguard” its nationals there. 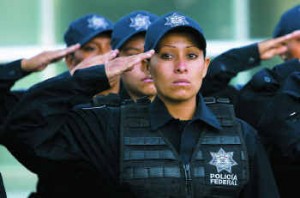 The actions of Mexico come after a series of incidents the Mexican government terms “bias attacks.”
“We will act decisively in order to protect our citizens and will actively promote that those guilty of these vicious attacks are brought to justice expeditiously. We are working hand-in-hand with local authorities on all levels,” said Consul General of Mexico in New York, Ruben Beltran in an email to the Staten Island Advance.

Ironically, these so-called “hate crimes” have been perpetrated by blacks and Asians, indicative of rising tensions between various ethnic groups in the U.S. The Catholic Examiner and NBC New York both reported the Mexican government’s intention to mount surveillance, patrol and police in and around the Staten Island community of Port Richmond, which in recent years has seen a large influx of Mexican illegal immigrants.

Since the Examiner’s coverage, however, councilor officials, city hall and the local press have begun to carefully de-emphasize any possible role of Mexican law enforcement or military in efforts to secure the neighborhood.
Mexican officials have set up a neighborhood office and a local phone hot line for their nationals to report “bias incidents”—regardless as to whether they are in the United States legally.

New York City police had been monitoring the situation and investigating the reported assaults as local crimes. The actions of the Mexican government have caused Mayor Michael Bloomberg and Police Commissioner Raymond Kelly to order what many observers say is the most concentrated police mobilization since the World Trade Center disaster.

The main street of Port Richmond was swiftly transformed into what theNew York Times described as a war zone like atmosphere with over 120 newly assigned officers, high-intensity night lighting, two huge “sky tower” police observation posts, frequent helicopter overflights and 20 police cars to watch the center of the relatively small neighborhood. Several long-term residents described it as a constant hornet’s nest of activity.

Both published reports and residents say that reports of fights between Mexicans and other groups began years ago, in the late 1990s or early 2000s. Many charge the present round of incidents started in 2003 with one loss of life in 2006, which might not even be connected to the present series of events.

At a major community gathering held at the historic St. Phillips Baptist Church, speakers addressed the current situation in the neighborhood and the borough, while Mexican councilor officials looked on.

But while the Richmond anti-violence organization and assorted left-leaning journalists who attended may have been expecting a mea culpa from local residents, what they got instead was a blast of community push-back. Speaker after speaker from the black community told of horrendous conditions the largely illegal immigrants had brought to their community. Speakers described the pattern in communities affected by an influx of illegals.

Others in the audience, who declined to testify, spoke of men wearing clothes bearing symbols of La Raza, Aztlan and other militant pro-Mexican groups.

They also spoke of repeated attempts to summon the state liquor authority’s enforcement agency to deal with the surging illegal liquor sales in the area, with little in the way of a response .

In Case You Missed It:  VAX THE BLACKS: Vermont says only "people of color" can receive jab for Covid-19 unless they're over 50
Posted in Freedoms and tagged Crime, Mexico, New York.