The common traits of amongst many prophets are desires of having power over their disciples, abusing those powers to their advantages and using those powers to have a lot of sex with different partners. American prophets Mitchell, Koresh and Jones were no different and shared these prophetic traits with Islamic Prophet Muhammad.

He was a prophet from Utah. Unfortunately his prophethood was short-lived and he ended up in prison only after a year in prophet service.

He announced his prophethood when he was in his 50s. Like Prophet Muhammad, before his prophethood, he had only one elderly wife “Wanda Barzee”. After becoming a prophet, his God ordered him to acquire young beautiful wives. While Prophet Muhammad carried this order of God very successfully and succeeded in capturing hundreds of young beautiful women, Prophet Mitchel succeeded only in capturing one pretty young girl, 14-year-old Elizabeth Smart, whom he kidnapped from her home. His attempt to capture another pretty young girl, who happened to be a younger cousin of Elizabeth, ended in failure as the home-alarm cut short his pursuit. He then decided to be contended with just one right hand possession and gave up looking for other women for the time being. Prophet Muhammad and Prophet Mitchell were both old, but very active sexually. Prophet Muhammad had sex with multiple captured women every day and prophet Mitchell had sex multiple times with the same captured woman every day. Here is Elizabeth’s testimony in court about prophet Mitchell’s sexual capability.

SALT LAKE CITY – Taking the stand for the first time since she was snatched from her girlhood bedroom seven years ago, Elizabeth Smart testified Thursday that her captor raped her three or four times a day.

Had any woman like Safia, Juwairia, Rehana or others like them, raped by Prophet Muhammad on the same night he had killed her husband, been asked to give their opinion about the Prophet of Islam, do you really believe that their answer would have been any different than Elizabeth Smart’s regarding Mitchell. Take a guess. 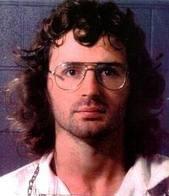 Born Vernon Wayne Howell, he was the leader of a Branch Davidian religious cult, believing himself to be the final PROPHET. Howell had his name legally changed to David Koresh on May 15, 1990.

Prophet Muhammad’s first sex-encounter was with a much older woman, 40year-old Khadija, when he himself was only 25. Prophet Koresh also had his first sexual encounter when he was age 24 with a 76-year-old woman Lois Roden. There, it seems, is some connection between sex with old women and an urge to become a prophet afterwards. David Koresh announced his prophethood soon afterwards.

As with Prophet Muhammad and his only first wife Khadija, David initially had been teaching that monogamy was the only way to live. But after he announced his prophethood, he suddenly announced that polygamy was allowed for him. Like Prophet Muhammad took Aisha as his second wife when she was 6, Koresh slept with Karen Doyle, aged 14, in 1986. He claimed her as his second wife. Prophet Muhammad later on announced that he is allowed to have sex with anyone he wanted (Qur’an 33.50) and started his one-night stands with the wives of his disciples and captured women. Similarly in September 1986, Koresh began to preach that he was entitled to 140 wives, 60 women as his “queens” and 80 as concubines, which he based upon his interpretation of the Biblical Song of Solomon. Like Prophet Muhammad, Prophet Koresh also was crazy for underage women. Once Prophet Koresh was able to convince himself that it was God’s will that he was able to be free of guilt and have sex with as many young girls as he could get his hands on.

Former members of the cult also alleged that Koresh felt he could claim any of the females in the compound as his, the same way prophet Muhammad felt that he had a right to attack any village in Arabia and capture any woman he wanted for sex.

Like Prophet Muhammad took the wives of his young disciples after they got killed in his Jihadi raids and enjoyed them, Prophet Koresh would annul marriages of couples, who joined his cult, and then have exclusive sexual access to the new women. 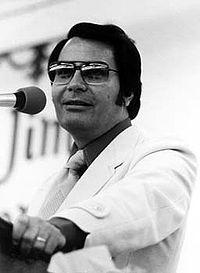 James Warren “Jim” Jones (May 13, 1931 – November 18, 1978) was the founder and leader of the Peoples Temple, which is best known for the November 18, 1978 death of more than 900 Temple members in Jonestown, Guyana along with the deaths of five other people, including a US senator, at a nearby airstrip in Georgetown, Guyana.

Jones was born in Indiana and started the Temple in that state in the 1950s. He announced his prophethood in 1970 and started preaching that he was the reincarnation of Jesus of Nazareth, Buddha and Father Divine.

He had as much power over his disciples as Prophet Muhammad had over his. Jones’s disciples happily killed others (namely a US congressman and his associates, who went to Guyana to investigate) and themselves (900 of them committed suicide) at his order, so did Muhammad’s disciples. They killed thousands at his order (Quraiza and many more massacres) and got killed themselves (as glorious martyrdom, which continues today as suicide bombings etc.).

Jones’s followers gladly suffered starvation by eating very little by his order, so did Muhammad’s followers who suffer thirst and hunger all day by fasting in Ramadan.

Prophet Jones punished the defectors from his cult by killing them. Many of those, who had left his cult, were found dead mysteriously. Punishment for leaving Prophet Muhammad’s cult is also death till date. Not only that, even criticizing him or his cult is punished by death.

False Prophet Jones punished severely anybody, who questioned his prophethood

Once a disciple questioned his ability to create fried chicken from thin air by his divine powers. Prophet Jones was informed of this by one of his informers. He was so pissed off that he punished him by giving him herb concoction, which made him shit all day till he almost died. So did Prophet Muhammad by punishing his skeptics severely and often having them assassinated (Asma Bint Marwan, Kab Bin Ashraf, Ibn Afak , Ibn Rafi, etc).

One of the prophet’s new young wives, Al Shanba Bint Amar Bin Ghiffurya, told prophet Muhammad in his bed, when he was about to have sex with her for the first time, that he was a fake prophet since his most beloved son 2 year old Ibrahim died in spite of his day and night prayers to Allah for his health. Prophet Muhammad was pissed off so much that his excitement for sex vanished instantly He punished her by divorcing right away and kicked her out of his house… (Tabari, vol. 9, p.136)

Prophet Jones staged miracles to prove his prophethood. He cured blindness, paralysis and other diseases, on stage with the assistance of fake paid imposters. Like they say, the bigger the lie the more believable it becomes. Prophet Muhammad’s made-up miracles were so big that it was impossible to stage them; so he just lied about them. Today his billion plus cult-members still believe that the angel, Jibraeel, flew billions of miles daily to deliver him instructions from Allah and that he rode a flying horse “Buraq” with the face of a beautiful women, to meet Allah in the sky and inspected hell and heaven.

Modern American prophets raped, committed adultery, practiced pedophilia, lied to their disciples, cheated and abused them, and one of them had people assassinated. They are all despised by decent people. One of those losers is even rotting in prison.

It is ironic that the Islamic Prophet Muhammad did all of the above on a much larger scale, yet he is adored and worshiped by a billion plus of men and women, 1400 years after his demise.

242 jihadists, 31 attacks, 28 networks. After examining militant Islamism in Europe, researchers have found that self-recruitment is on the...