Separation of Church and state, when it comes to the Ten commandments posted on a courthouse liberals say no, when is about Religious Colleges curriculum Obama wants heavy handed political control. The federal government apparently has blinked in a standoff with private Christian colleges over a proposal that would bring the schools under the regulation of the political powers in their states.

Colorado Christian University President Bill Armstrong has told WND that the rules proposed by the Education Department are the “greatest threat to academic freedom in our lifetime.”

Obama’s Department of Education – where Secretary Arne Duncan appointed a longtime homosexual activist who was part of the violent Act Up organization to head his “safe schools” office, has recommended that all colleges be required to have a state license under Federal guidelines. Critics say the license could enable Obama and the government to have a say in curriculum, graduation requirements and other issues.

An analysis by Shapri D. LoMaglio of the Council for Christian Colleges & Universities said the feds wanted to require colleges to “have a document of state approval … to operate an educational program.”

Joining Armstrong in his alarm over the plans were former Colorado state Sen. Hank Brown, who has served as president of the University of Colorado system, as well as prominent columnists Cal Thomas and Jay Ambrose. 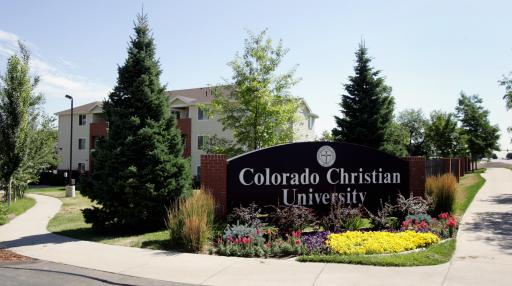 Now Armstrong has confirmed for WND that the new rules have been published. But there were dozens of changes in the nearly 900 pages of fine print that appear to provide for an exemption for religious colleges from the government oversight.

“The rules published today contain 82 changes from the original proposal, including ‘concessions’ to colleges and universities, adopted in response to adverse congressional and public comment,” he said in an e-mail. “Schools will be able to continue using their own definition of ‘credit hour’ when awarding academic credit and ‘religious and tribal institutions’ will be exempted from state oversight, according to a report from The Chronicle of Higher Education,” he said.

Armstrong told WND he’s not ready to declare victory until he has an opportunity to analyze the hundreds of pages of new instructions. But it appears that the plans will offer the relief that private, and especially Christian schools, would need. Obama already included an exemption of Islamic schools from the oversight.

He had raised concerns about political influence on school operations as significant as classroom instruction. For example, a pro-abortion state official theoretically could have required a Christian school to teach “safe sex” to continue operating. Or the government could have demanded that the theory of evolution be taught as fact.

“The religious exemption could be of tremendous significance to Colorado Christian University and other faith-based schools. But it’s too soon to ‘declare victory’ because, as always, ‘the devil is in the details.’ It will take a while to sift through this massive document and understand exactly what has happened. However, one thing is sure – more control over students, faculty, staff and the nation’s colleges and universities. What a pity!” Armstrong said.

“Fortunately, the rule is ‘final’ in name only. Congress retains power to overturn the department’s action, if it wishes to do so. In recent weeks, I have spoken to three members of the Senate Committee which has jurisdiction over the Department of Education, along with Senate and House staffers. They’re as upset as we are about what’s going on,” he said.

According to the Chronicle, the Education Department experienced “heavy pressure” from colleges on some of the issues at stake.

Terry W. Hartle, senior vice president for government and public affairs at the American Council on Education, told the Chronicle that is seems the federal agency “tried to address some of the concerns that have been raised.”

He, too, however, noted that colleges are reserving judgment pending the examination of the hundreds of thousands of words.

“Everybody in D.C. knows that the devil is in the details,” he told the Chronicle. “They haven’t provided any.”

School officials earlier said colleges already have to qualify to operate by meeting the requirements of the various relatively independent education councils.

Thomas, in a column for Tribune Media Services, warned the rules could have had a major impact.

“If imposing outside agendas – from textbook content to course selection – is supposedly bad when conservatives do it (mostly in reaction to the liberal assault on any ideas that conflict with theirs), why is it not equally onerous when liberals push for state control and the dictation of course content at private colleges and universities?” Thomas questioned.

Further, Ambrose, a longtime editor with Scripps Howard News Service, said the proposal’s possible impacts “are enormous, including a frightening assault on academic freedom as crucial decisions are transferred from faculty and administrators to bureaucrats and legislative bosses who just might use weapons of mass authority to demolish instruction of a kind they don’t like.”

“What strikes me (and Armstrong, too) is that the move is more of the same,” Ambrose continued. “The Obama administration does not much trust liberty. If something out there sneezes, regulate it. Surround it with endless pages of rules, blankets and blankets of rules, enough rules to smother the slightest hope of autonomy. Do more if necessary. Take over things. Take over health care. Take over the auto industry. Take over financial institutions. Government knows all. Government should do all. Government, we praise thee!”

WND has reported on Duncan’s appointment of Kevin Jennings, the founder of the pro-homosexual advocacy organization Gay Lesbian Straight Education Network to head the office of “Safe Schools” in the Education Department.

Explosives found inside a modified printer ink cartridge on board a cargo plane at East Midlands ­Airport in the United...