According to a new poll by the Pew Research Center for the People the Press, 47% of Americans incorrectly see China as the world’s leading economic power. Only 31% of Americans get it right and name the United States.

This study reveals some interesting realities about Americans’ perceptions of China. Another important fact that Americans might not know is that the United States far outranks China in measures of economic freedom. According to the 2011 Index of Economic Freedom, which ranks 179 countries on economic freedom, China comes in 135th. In fact, its score of 52.0 puts the country into the category of “Mostly Unfree.”

Although it is true that the United States has fallen in the rankings this year due to reckless government spending and increased regulatory burdens, Americans are fed up with such violations of our freedoms. Last November the American people indicated at the polls that they want elected officials who will limit government and preserve the liberties that our Founders envisioned and that make the United States an exceptional nation.

Economic freedom is the fundamental right of every human to control his or her own labor and property.  Take a look at the chart below to see just how far behind China is.

To learn more or to create and share your own chart comparing countries’ scores on the Index, visit heritage.org/Index. 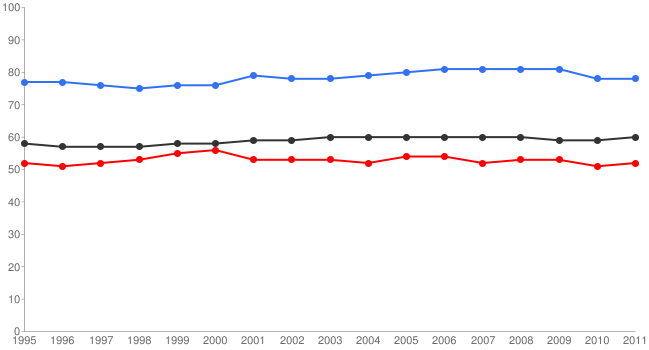 ‘Israel’s Economy is Good and the World Should Know It’

The Tel Aviv Stock Exchange (TASE) held on Thursday its annual press briefing for members of the international media. Taking...