The so called “historic, bipartisan compromise” reached to raise the debt limit does not end the struggle to reign in the federal deficit — in fact, all it does is pushes the most difficult decisions off into the future. 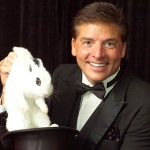 More surprising, the debt deal actually cuts almost nothing now–it just promises future cuts that may or may not materialize, basically the same dog and pony show out of Washington, all talk no real action.

There are very few specific cuts in the deal — and the $1 trillion in immediate cuts are almost entirely constituted of caps on future spending. Those caps are not required to be honored by future congresses, basically there not worth the paper they are written on, more misleading promised that will never materialize.

The “real” spending cuts to current programs will come out of a bipartisan committee of Representatives and Senators, which is charged with finding an additional $1.5 trillion in savings from the federal deficit.

But White House and Republican leaders appear split on exactly what the so-called “Super Committee” can do.

In a presentation to his caucus, Speaker of the House John Boehner said it would “be effectively…impossible for [the] Joint Committee to increase taxes,” even though it could consider reforming the tax code.

White House officials strongly pushed back on that remark, saying revenue-increasing reform is possible — even though it almost certainly would not be able to get through Congress.

The committee is modeled on “BRAC” or the Base Realignment and Closure Commission, whose recommendations are presented to Congress for a straight up-or-down vote with no amendments allowed. Instead of non-partisan commissioners, each congressional leader will appoint three members of Congress to the committee.

If the Super-Committee can’t reach an agreement, or their recommendations cannot pass Congress, deep “real” spending cuts, which are painful to both sides, would take effect. For Democrats, entitlement cuts are at risk, while Republicans would see cuts to defense spending.

Additionally, President Barack Obama has the ability to veto an extension of the Bush tax cuts if he deems the committee’s solution insufficiently “balanced.”

So, again, other than cuts to federally subsidized student loans to graduate and professional school students, the debt deal actually cuts NOTHING now, and only promises future reductions that may never materialize.

In short, for the past month, Congress has been arguing about little more than an agreement to reach an agreement at some point in the future. Your tax dollars at work.

Congratulations to the Israeli Ministry of Foreign Affairs and Deputy Foreign Minister Danny Ayalon for taking the initiative in the...